Serpent Seed-Offspring In The Bible Codes
By Sherry Shriner
​
Genesis 1:7

I've read where people on the internet claim I get my beliefs from the Bible Codes, and that isn't true. The Bible Codes merely confirm my beliefs. The things the Lord has shown and taught me and then confirmed in the Bible Codes for me some several years later.  I just looked in the codes for the Serpent Seed in 2006,  it was in 2004 when the Lord revealed to me the truth about the wheat and the tares, and the Serpent Seedline on earth. There are many layers to the Torah and the truths of His Word. 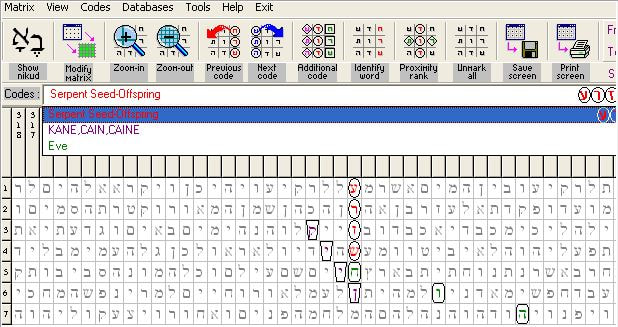 ​Hallel is just another name for Satan 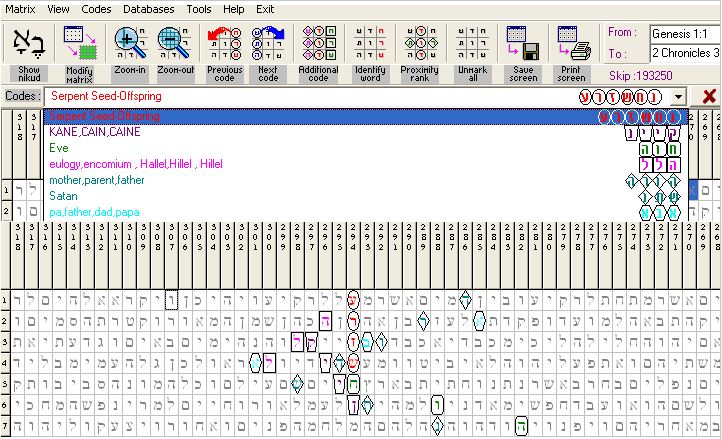 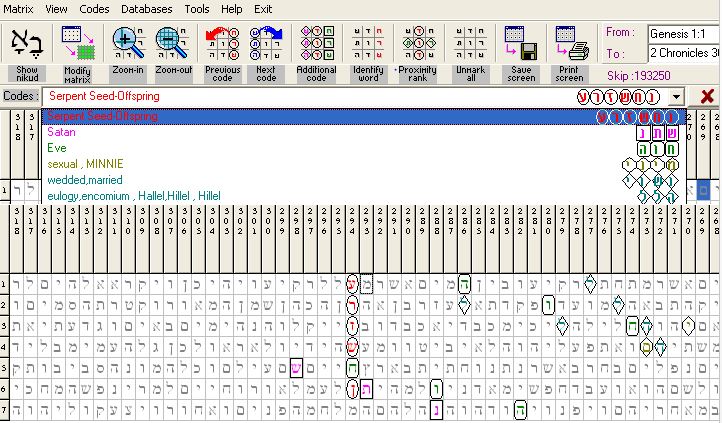 Apple - Allegory
​
Angelic - Tree - Sexual - Trees are often symbolic for people or angels. In this instance the tree is Satan in an angelic and handsome form. The whole 'apple' story is an allegory or tale that covers up the actual sexual encounter that happened. 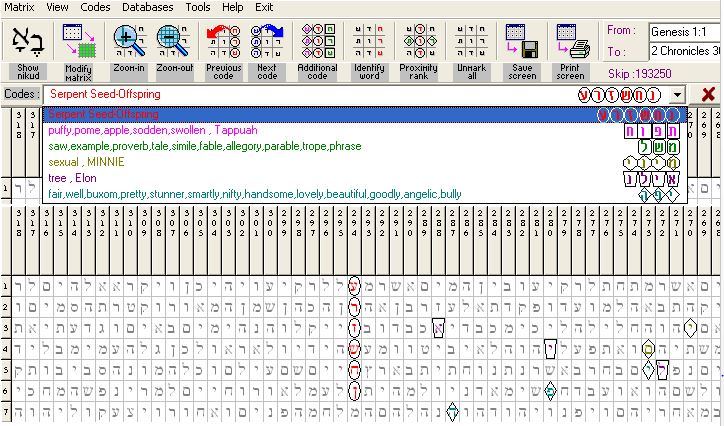 Penetrated - Apple - again, apple is a figurative term, the apple story is an allegory/parable/tale to symbolize the sexual encounter that took place in the Garden of Eden between Eve and Satan.
​
Vagina - Seducement - Seduction - Eve - I think this speaks for itself. Lucifer-Satan seduced Eve in a sexual encounter. 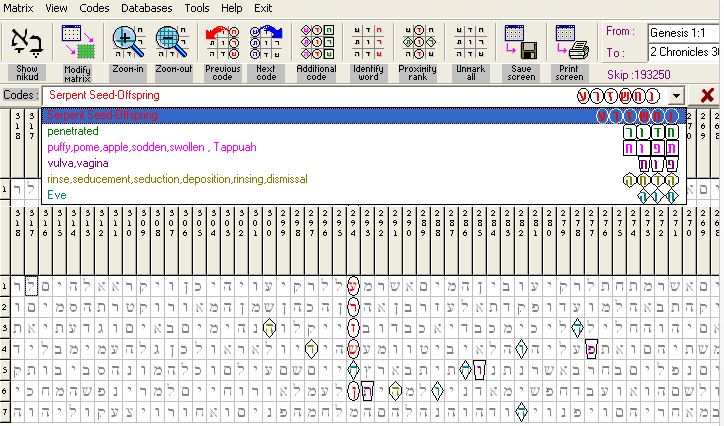 ​Serpent - Sperm - Seed - Cain - Goat - Giant - Titan - Cain is of the Serpent's sperm. He was a goat (figurative goats vs. sheep) and a Giant, in other words a very tall being such as the Annunaki. He was a hybrid, half human half serpent seed. The offspring of Satan and the fallen angels with human women resulted in GIANTS. 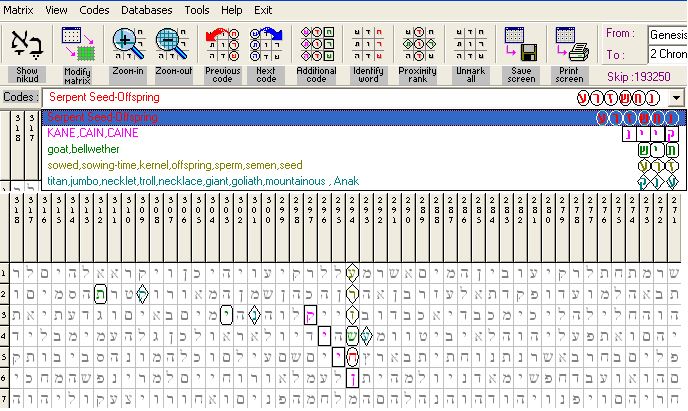 Most believers today have no idea the persecution and attacks Yah's REAL believers who aren't just pew sitters endure on a daily basis who choose to STAND UP for the Lord and Defend HIM against the Heresies and Blasphemies being spoken in the churches today. Do church pastors attack us? No..the GOVERNMENT does. In many ways. Stalking, harassment, unemployment, homelesseness, high level Tech Weapons, and many, many ways they have and use to try and destroy God's warriors and those who stand for Him.

Pew sitters aren't a threat to Satan. If they're in his churches he already has them under control with strong delusion, lies, errors, and false doctrines taught to them by their ministers and pastors who graduated from Satan's truth-controlled seminaries.

Those who dare think for themselves and seek the Lord Himself for the Truth In All Things are the real threats to Satan and his kingdom on earth:
​
Sherry - Shriner - Bravery - Darling - Ohio - Queen 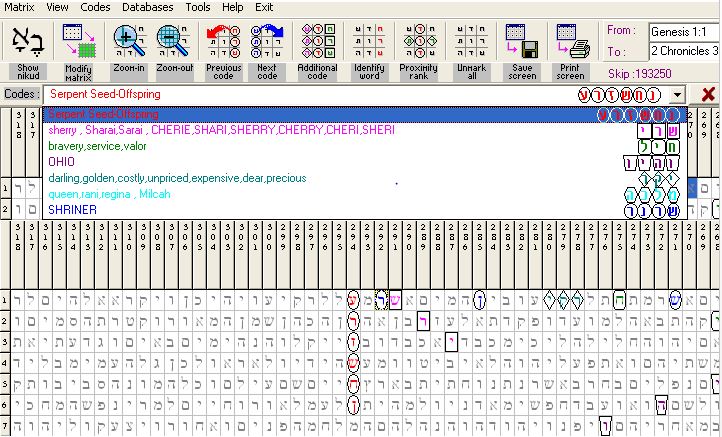