I'd rather die fighting for what's right, than live with what's wrong.
--Sherry Shriner

Sherry Shriner's Petition to the Father to Go Home -
September 25, 2017

Petition to the Most High and Heavenly Council,

I’m tired and I want to come home.  I’ve worked hard to do as You’ve asked and led me to do.  I’ve raised a family, an army, and an audience.

I started a war against Lucifer and his minions and have been beat up upside-down and sideways.  It’s taking a toll on my health, wealth, and mental state.

Other than that, and a few loyal supporters, I’ve been alone.  I’ve never had the support of Your people.  They hate, mock, and reject me as a prophet, daughter, messenger, and even warrior.  I’ve worked tirelessly to inform, educate, teach, and lead those who could hear and be led.

I’ve given almost all of my days to this, never taking time off, vacations, or even holidays.  I’ve been in Your service and call 24/7.  Serving You here has consumed my entire life.  And for very little gratitude from the people themselves.  I get no respect.  They won’t miss me when I’m gone, because they don’t even like me while I’m here.  So, please do them and me a favor and just bring me home.  Let me come back to the ones I love, the ones I miss:  my family, my home, my life, and world with My Father.

I’ve done what I can here.  My blood, sweat, and tears are in pieces all over this planet.  When You stood me up, I stood tall.  Now I just want to sit beside you and put my head on Your shoulder.  My heart has been broken.  Not by the rejection by man, but by my longing to be back home with my family.  Have I done enough?  Will anything ever be enough?  When is enough enough?

I love You, Father.  I won’t wait for an answer.  I will wait for a sign that You heard me and that You are bringing me home. 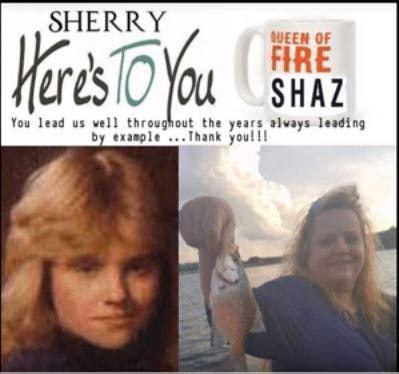 The Father, Most High God of All Creation, Took His Daughter Home on Sunday, January 7, 2018
​ 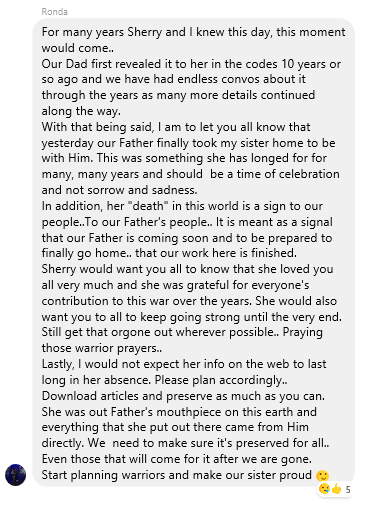 Going Home - Heaven's Star in the West for God's People - It's NOT Venus!

If you didn't want to deal with me on Earth, wait till I have access to all of space.​

The whole world is, like, what, 218 trillion in debt, but that’s just a number on a computer screen.  Delete and start over at zeroes.  Isn’t that the way it works?

​We don’t owe the people who stole the money from us a dime.  Any of them are lucky to still be alive.  And probably, after the pole flip, there probably won’t be.  But a lot of them will probably take UFOs off the earth, if that’s allowed, which I don’t know if the Father will allow it, so.  Yeah, they figure they can go up to the space station or something and hang out in one of their deep space platforms or whatever.  Those can be destroyed, too.  Because you made a lot of enemies around the universe, not just on Earth.

If you didn’t want to deal with me on Earth, wait till I’m in space.  [laughs]  Wait till I have access to all of space.  When I go home to heaven, I’m gonna have access everywhere.  You couldn’t run from me far enough, fast enough on Earth, you’re not gonna be able to escape me there.  Because that’s my turf.