WHAT DID SHERRY SHRINER BELIEVE? 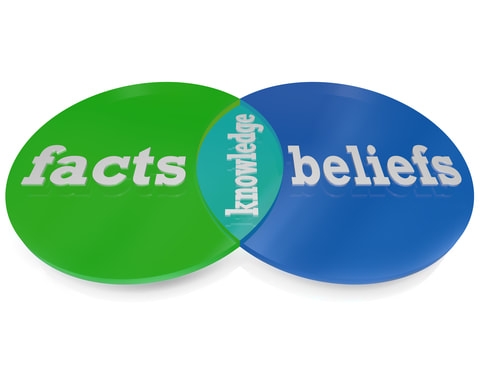 I believe Yahushua is God in the Flesh, who came to earth to redeem mankind was crucified on the cross and arose three days later defeating sin and death.

I believe His salvation is available to all races and nations and that the New Covenant replaced the Old Testament seedline of Israel. Those who worship and follow Him are the "New Israel" regardless of seedline, race, or nation.

I believe that while the pagans glory in the suffering of Yahushua on the cross we are to glory in His Resurrection.

I believe the KJV purposely mistranslated the name of the Son of God from Yahushua to "Jesus" and that this "Jesus" being taught in the majority of churches today is not Yahushua Himself but Satan.

I believe the KJV is the Modern Day Garden of Eden containing the Tree of Life and the Tree of Knowledge of Good and Evil through the two different Gospels being preached throughout it... the Gospel of the Kingdom (Tree of Life)  taught by Yahushua and "I bring to you another Gospel" (Tree of knowledge of good and evil)  taught by the false apostle Paul. One leads to eternal life while the other leads to apostasy, error, and away from the teachings of Yahushua and His 12 Apostles.

I believe there are 12 Apostles appointed by the Lord and not 13. Matthias replaced Judas, not Paul.

I believe John's warning at the end of the book of Revelation of "adding to or subtracting from" his book was exactly that, his book, and doesn't pertain to the KJV since it didn't exist at that time. Churches abuse this passage to keep their sheeple in apostasy and under religious mind control.

I believe the KJV contains the inspired Word of God but in itself as an entirety is a manipulated manuscript leaving out the inspired books of Enoch, Jasher, and Jubilees (referred to in the KJV) and replaced with the RCC agent provocateur Saul-Paul whose books teach and replace the Gospel of the Kingdom with his own "Gospel of Grace" which leads readers away from celebrating the Feasts of the Lord and into adopting pagan rituals and customs. I believe that Paul's "Amorality - becoming all things to all people" compromised the way and truth of the Gospel of Yahushua which grants adherents a license to sin mentality and leads them into false doctrines such as tongue speaking and the rapture of the "church" and negating the celebrating of the Feasts of the Lord and the Father's Commandment of celebrating the Sabbath on the 7th day (Saturday).

I believe that close to 99% of the false teachings in the churches today are based on Saul-Paul's teachings leading people astray http://www.justgivemethetruth.com

I believe Satan has an offspring on earth as quoted by Yahushua,  the Apostles, and taught in Enoch known as the Serpent Seedline http://www.serpentseedline.com and that Saul-Paul was of this serpent seedline and the very one Yahushua warned us of before He left.

I believe Daniel's warning "they shall mingle with the seed of men" in Daniel 2:43 is the fulfillment of this seedline today http://www.thewatcherfiles.com http://www.serpentseedline.com

I believe the Jews governing Israel today are the fake Kazar Jews and serpent seedline Jews who are running the nation on a political ideology of Satanism/Zionism and a New World Order rather than a theology.  I believe the holocaust was implemented by these Talmudic worshipping serpent seedline Jews such as Adolph Hitler who wanted to eliminate the Torah-Yahushua believing Jews so the fake Jews could establish their own homeland of Israel to be dominated by themselves.

I believe that the New World Order and Zionism are mere forms of Satanism and working together to lead the world into the worship of Satan and paving the way for the arrival of the Antichrist.

I believe that Aliens and UFOs are Fallen Angels and will fulfill Joel 2 and Revelation chapter 9 in the last days.

I believe that America is the last days Babylon prophesied in Revelation chapter 18 http://www.sherryshriner.net/sherry/america-babylon.htm

I believe that it is the apostate 'woman' the 'church' who will give rise to the Antichrist (Rev. 12) through their support of Zionism and the New World Order.