WHAT ARE PEOPLE SAYING ABOUT SHERRY SHRINER? 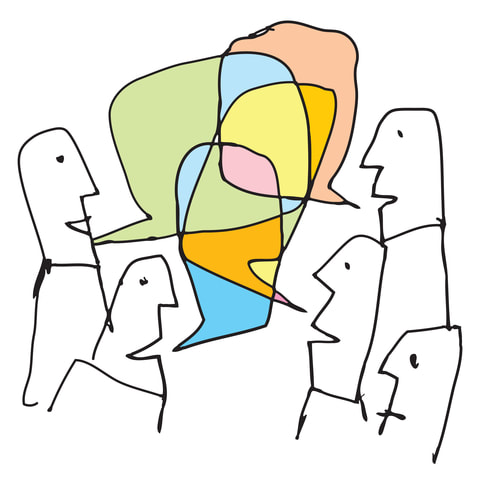 ​Sherry Shriner dares to speak out and enlighten people to the secretive real world.

Sherry Shriner is a controversial and outspoken prognosticator, forecasting future developments from spiritual insights, indications, and prophesy.  Her websites and radio shows have reached millions and there are one or two supportive pages on the internet by patrons that advocate her.

There are also a fair few web pages though that condemn her, as a femme fatal and accuse her of ulterior motives and subliminal occultism, but isn't this the type of censure the time immemorial way of subjugating soothsayers of this ilk.  Are not those who break away from accustomed thought and outlook to present radical new views often branded as insurrectionists and trouble makers or that they are just asinine.

Throughout history anyone who dared to speak out was deemed be an agent provocateur, especially of authoritarianism and was conspicuously eschewed, incarcerated or even killed to keep them quiet, Jesus Christ was also one such unequivocal person, that the religious zealots and authority of the day feared, so they expungiated him.

Gone but seriously not forgotten.  He who was dead and is alive will return.

Sherry Shriner attempts to enlighten people to the secretive real world, with its corrupt agendas, secret societies and sinister government manipulation in a role similar to antidisestablishmentarianism of the Church and its hold over peoples consciousness of understanding God.  I am not advocating disrespect for the church but in days of old, its persecution and inquisition of the multitudes was responsible for more deaths than all the world wars conglomeratized, very sad but very true.

The Church as we envisage that God originally had in mind to ordain, as an oracle for communing with Him for the pursuit of love, freedom, joy and happiness, never quite came about, even today a Church is a cold shuttered place, steeped in a type of religious dogma that most find hard to get motivated into receiving any energy flow from...surely not what God intended!

Sherry Shriner's campaign of awareness can only be of a beneficial nature in motivating those who listen to her radio shows to a better understanding of many of the real intricacies of Gods intentions to liberate the spirit and soul of all here on Earth.  If she speaks to encourage and motivate people to think and act in accordance to Gods eternal plan, then by design itself it cannot be construed as a counter productive measure but only as the insurmountable path forward.

Sherry is also a protagonist and proponent in the distribution and education of a substance called Orgone, a small resin puck that encapsulates quartz crystal, aluminum and copper that emits a positive energy, an energy flow that is harmless to people but can resound with repellent properties like a fly spray to negative entities.

It has been retorted by some that Sherry Shriner is profiteering from the sale of her orgone pucks and her books along with the request for donations and funds on her websites.  Well, as a webmaster myself I know how expensive bandwidth is, which is why I have ads on my pages to help pay for it.  If she was indeed profiteering, then why does she explain on her site how to make these orgone pucks yourself?

She has indeed over 20 websites, holds a radio show every Monday night (8pm EST - 7pm Central, 5pm Pacific) and has over a million visitors to these websites every week.  All her radio shows are recorded and can be listened to at any time by going to her site and downloading a recording.

Sherry Shriner is not a religious zealot, nor is she a part of any cult or organization, she just works on her own to spread the word of truth in these last days.

The end times are nearly upon us, and soon the doors will be closed to all those who have not yet repented for their sins.  So repent now to assure the longevity of your soul in the spiritual realm of God, remembering that the closer you get to God, the more you will be hated here on Earth, where there are many dark forces working against you.

I already understood many of the things Sherry Shriner speaks of and when I listened to her it was like an echo from the depths of my mind.  I realised if others like Sherry Shriner can purport identical rationalities then it had to come from the same ubiquitous source.  She may appear to be a bit far out, but don't forget, so did Jesus Christ also appear to be "far out" when he was speaking to his Disciples about topics which were the start of Christianity and the Brotherhood of man.

Jesus Christ is the son of God and not just a prophet, we know this because amongst other things, he was resurrected after death, his tomb is empty, and he ascended into heaven.

Sherry Shriner is a highly motivated individual and she has written a million words and stipulated a million warnings about what is termed "New World Order" a New World Order that we are eventually supposed to kowtow down to in an obsequious manner, her information can't help but make any skeptics think where did she get all of this information from?  vivid imagination?  I think not, moreover I think the solution comes from a higher authority, higher than any that dwell here upon this Earth.

Wresting oneself away from statute doctrines to favor a new matrix of thought can appear ignominious to ones now misguided self beliefs.  Once we let go and follow a new course of truth and realization then many elements of thought that were shrouded in darkness slowly blossom into the light.  "Let those who have ears hear and let those who have eyes see"

I would not like to be one of those who sit on the fence undecided of what side to land onto.  For the lukewarm shall be spat out sayeth the Lord.

I invite you to visit Sherry Shriner's million and one article website, introspectively and with an open mind to read her revelations on everything from aliens, chemtrails, secret agendas and societies, government cover ups, satanic world leaders and biblical prophesy to name but a few.

It may at first be like going into the twilight zone for many but the truth of the world around us and how we are being manipulated so that those in certain powerful circles can prosper off our subjugation, is slowly being exposed and it is with expediency that more and more people are now waking up to this with aggrandized resolve.  I invite you to wake up too and SherryShriner.com is a good place to start.