WHAT DID SHERRY SHRINER SAY ABOUT THE BIBLE CODES? 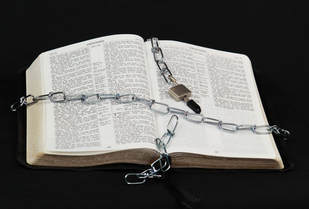 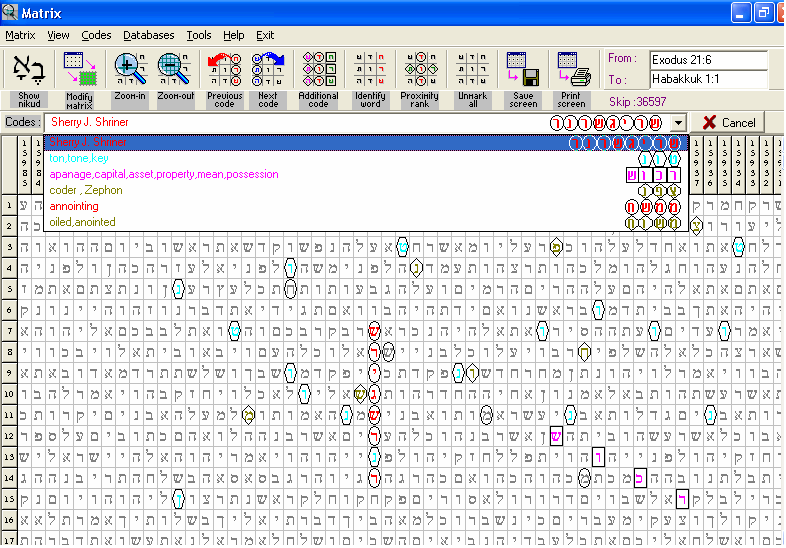 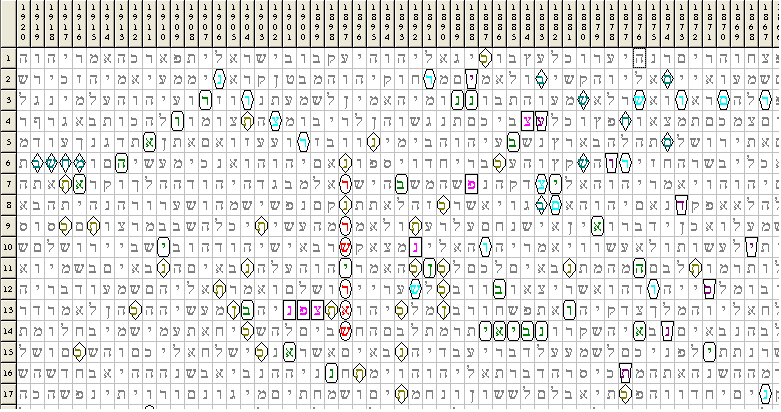 No matter how many routes they have, we'll be able to find them and expose them.

Definitely back when the Lord created the Earth and the Torah was written, [He] even knew in the last days that we would be dealing with chip implants. He did know the end from the beginning. Everything that we’ve thought, we could have done, we did…just everything is there. Everyone who has ever been born can be found in the Bible Codes. And everyone who has died. The fact that you had a miscarriage or an abortion. Everything is detailed. You can find all these things just in the Torah in the Bible Codes.

People say that the Lord didn’t decode the Bible…then who did!? Who has all this information about
people that are going to be born 6,000 years in the future? And who their mom and dad’s were. Who
their kids were. Who would know all that kind of info? It’s really funny.

What I do dispute are people who call themselves Bible Decoders, and the way they interpret what they are seeing. It’s all in the interpretation. I haven’t seen anybody else hit it on the head. I’ve seen a code and looked at the words and the spacing that was used and haven’t agreed with it. There are a few good guys out there that have decoded music out of Bible Codes. Tom Mack does that. Bible Code music is really cool. He used to send me some CD’s on that. Tom Mack has done a lot of work with Bible Codes and music. These Rastafarian's and these Satanists try to decode the Bible and are always going to fall flat, because they don’t understand how they operate and how to interpret them and exactly how things work. Years ago, the Lord told me that He was giving me the key to understanding.

And it’s taken me years. I work on Codes constantly. He’s always leading me and teaching me new
things about them. One of the things is no matter how many routes that they have, we will be able to
detail them. We’ll be able to find them and expose them. That’s one of the biggest laughs I always get. Every time they change their plans, we’re on to them. There is no rest for the wicked. We are on to them. We are exposing them.

It's the Lord, Himself, who helps me understand these codes.

A lot of interesting things happening in the bible codes. Every week I don’t know how I just got into doing the bible codes in current events type of thing, but this is where The Lord has me. I noticed last year, last September that the codes were in real time. There were certain ways of finding that and doing that. Like I’ve said, it’s the Lord Himself who helps me understand these codes and sometimes not quick enough. Sometimes I just can’t understand what I’m seeing. They are like a puzzle and as I keep seeing it over and over again in different codes then I start to put the pieces together.

Did Sherry do personal codes on people?

Question from a listener: Do you still do Bible codes on people for $100?

Is it possible to learn to do Bible Codes?

Question from a listener: ...do you do personal codes on your listeners? And is it possible to learn to do Bible codes. How do we go about finding this information?

It took me 10 years to learn the codes. I’m just at the point now, where I am so comfortable with them, I know them like the back of my hand. It’s probably been like this for about a year now, but I’ve been doing them since 2000. There are so many terms that are used that can’t be taken for face value. And the ones that are face value usually mean something else. It’s almost like reading Bible prophecy. It takes a long time. It takes His Spirit to teach you the codes. He told me that He was giving me a key to the codes, which is understanding, back in 2000, 2001. That’s why I can understand them. Most people just can’t understand them. What they do is find a few words in the codes and think they found a code and post it. Or they get those programs that will run a whole sentence of words. But they don’t do the rest of the code so they don’t know what is before the sentence or after. They stop after one statement. And that’s not the way to do a code. They have to do the entire codes. So I won’t even read anybody else’s codes. I’m not arrogant; I’m just right. They don’t know what they’re doing. I wouldn’t advise at this late in the game to get involved with that, unless the Lord is leading you to it. If He is, He will tell you what program to buy. He will take you on a journey on the internet for what to buy. And He will tell you what to do. If you’re not led by Him, we don’t need another one out there posting fake codes and causing unnecessary hype because they don’t know what they’re doing.

Finding a Code is not a "thus saith the Lord," nor is it a prophecy from Him.

Some will state that Bible codes are false prophecies when they don't come to pass. Bible codes are codes that are found of events that could happen and will happen. There is no set time on any event. In fact most codes will list multiple years, months, or dates in them. It will also list the term 'delayed' in them. Because only God can decide the final time for something to happen. The rest is speculation. Finding codes is not a "thus saith the Lord" nor is it a prophecy from Him. However when you claim you have received a word from the Lord, a prophecy, and it doesn't come to pass, then it is a false prophecy. Plain and simple.
​

It's easier to do a code on a public figure.

Question from a listener: I am a long-time listener. It's my birthday today. Anything in the codes for today?

Sherry: Happy birthday, first off. And as far as today, you know, I've been looking in Bible codes, and what I'm seeing is just a lot of destruction coming. And so - I couldn't tell you anything with your own personal code. It takes too long. It takes days to do a code. And so - I don't do personal codes on people for that very reason. And also, if I don't know a person, I can't usually interpret it for that person. And so - it's easier if it's somebody I do know, a public figure, I can do a Bible code on Obama or George Bush and Hillary Clinton and Dick Cheney and all these lizards, and you can usually tell what's being said about them and how it relates to them. Otherwise it just takes way too much of my time to do personal codes.

Can the Codes be used to predict accurate dates for events?

First of all, everything happens in God's timetable, not ours. One event can have multiple dates/times appointed for that event to occur on. God can delay events and we see that over and over in the codes where His judgment was delayed or an event was delayed. In fact the term itself "delayed" runs through every single prophetic event for the future. Why? Perhaps because God reacts when we as a people act. If we do this..He's going to do that.

All I can do as a watchman is forewarn of what's planned, what could happen, what's headed our way. That's my Job. To Forewarn, To Signal events that are coming, To wake people up of coming judgment! IF they don't happen, I've still done my job.


Can the Codes be used to Predict Accurate Dates for Events?
http://www.hiddencodes.com/setting_dates.htm

It has probably been one of the most stressful and yet for some, most exciting times of the year. The Elections. Many have anticipated martial law, nuke strikes, scams and mayhem for this year's election.      I never felt led by the Most High to get into the codes or post publicly any findings from the codes on the election. Why?

Because the codes don't work that way.

For every amateur out there declaring they found a code declaring Kerry the winner, I can show him 10 codes that Bush is the winner. And vice versa. Yes I've looked at them. But I already know all too well that you can't use the Bible Codes to find one event or result in the future and say this IS GOING to happen.

The Bible Codes are the Most High's records. And in them is recorded every thought, deed, action of mankind. Every person who has ever been born can be found in the records.

There is more than one path to our future. Yes God ultimately knows what will happen and which path we will take, but He is not going to reveal it in His records or at least He isn't doing so now. He will show multiple things that could happen and ask that something in particular be revealed or exposed for whatever reason, but there's always multiple paths and just because we find the cause-affect of one path, there's four others to consider at the same time. Which one will be taken out of the five? We won't know until it already happens.

He has done this for a reason and they are His records so until He blocks all routes but one to any future event then it's obvious He's not going to reveal the only outcome possible.

The Lord has not led me in a specific direction or spoken to me about the elections. There is more than one possible outcome, so He hasn't closed the doors on other possibilities leaving only one, which means He's not going to reveal the only outcome, a sole winner or whatever happens. He's not revealing it. The other decoders simply haven't done their homework if they are declaring they found one winner.

It may be an unpopular stand to take, but I stand in Him. And until the Most High tells me specifically to do something I'm not going to do it. So as far as the elections go I will not be posting a code.


Why I Won't Post an Election Result Code
http://www.hiddencodes.com/election-code.htm