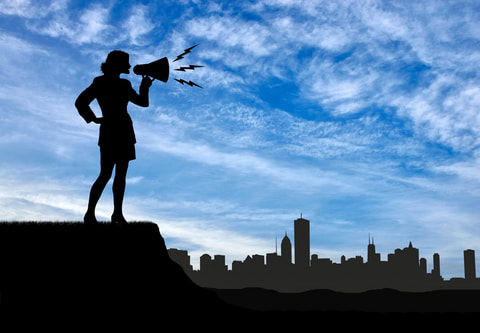 What is a prophet?

INTERVIEWEE:  A prophet is basically a thankless job that somebody takes on.  And there have been different lineages of prophets, it should be certainly said.   But the prophet plays the role of an announcer of truth, a herald.  Not for the purpose of starting a religion or gaining a following, but for the purpose of helping humanity to become aware of errors in beliefs, in conduct, in outcomes that are as yet unforeseen by humanity—being somewhat blind, as we may be, to how the universe really works, that is, through the laws of cause and effect, primarily.

So the prophets have come, or been sent, however you wanna look at it, as a remedial measure, as a very generous, almost self-sacrificial—without meaning that they’re here to sacrifice, but a sacrifice of a lot of personal comfort.  And they take on an awful lot of discomfort, pain.  Very often being attacked, brutalized, murdered, what have you, in an attempt to put on the table for humanity those things that we, if we have the wisdom to do it, would look at, digest, learn from, and use to help make course corrections.  So that we have a more graceful and peaceful future.

INTERVIEWER:  Mm-hm.  And how difficult has Billy* actually found, um, getting that message across?  There’s been a lot of difficulty within the UFO fields, themself, I would say.

INTERVIEWEE:  Well, yeah, we could say that, um, the primary difficulty has been dodging 21 documented assassination attempts.

INTERVIEWEE:  That means that there are people out there going to an awful lot of trouble to try and eliminate a hoaxer, right?

INTERVIEWEE:  Huge, in terms of, let’s say, the non-, uh, terminal type of attack have come from—these attacks have come from the UFO community.  People who simply say it’s--well, his evidence is too good to be true.  Now, there’s a trap.  You either have evidence that’s too bad to be true, or it’s too good to be true.  And, to this day, many of the know-it-all’s in the so-called UFO community rail against Meier*, attack him.  They might as well be the skeptics.  And the skeptics, of course, are another grouping of people.

*Webmaster Note:  According to information from his own website, "The Extraterrestrials have designated 'Billy' Eduard Albert Meier as the New Age Prophet."  But the description of a prophet above fits Sherry Shriner's situation and experiences quite well, so I've included it here.

"In science it often happens that scientists say, 'You know that's a really good argument; my position is mistaken,' and then they would actually change their minds and you never hear that old view from them again.  They really do it.  It doesn't happen as often as it should, because scientists are human and change is sometimes painful.  But it happens every day.  I cannot recall the last time something like that happened in politics or religion."  (1987)--Carl Sagan
​--Forum signature of davester September 11, 2008 01:46 PM at forums.macresource.com/read.php?1,561448

​Lead My people back to Me.

Some Just Never Get It..

Some people find fault with everything I say or do. They claim I'm too much gloom and doom and insist I should just spend all of my time or most of it talking about how big the Lord is and how He/we win at the end.

Yes that's true, the Lord wins at the end and those who are His. I give all the praise, honor, glory and victory to the Most High alone. But while these end time cheerleaders hold tunnel vision to victory, and I would cheer that on ( despite the tunnel vision), there are billions of people who are going to die before we get there. And it's to these billions of people my ministry pertains to.

We all have jobs to do, we all have different callings. We're all pieces of the puzzle, tools of trade, crayons in a box. I can't stand the arrogance of those who think they're job should be the same as everyone elses. We should all follow or mimmick them. And these are the ones who usually end up hating me and cursing me all over the place because I refuse to bend out of line to join theirs. My line is Yah's line, I walk it as He tells me to, and I don't bend.

I love the cheerleaders. Just hate the arrogance.

90% of those sitting in the churches today are ripe for deception and the destruction of their souls. So excuse me if I try to wake these people up and lead them back to the Lord before I start celebrating the end of the war that's just starting to culminate.

Let's have fun celebrating our victories and yes the Lord will win at the end, but let's not lose sight of the fact that billions are going to die lost and if sounding the alarms is gloom and doom, then don't listen to it, go stick your head back in the sand and wait till the end.

Different pieces of the puzzle. Respect variety don't curse it or condemn it. We're Yah's people, a family, a team. Different crayons in the same box.

So many are going to lose their lives and even their souls because they're marching to the beat of their pastor's drum. Don't do it. Don't march to anyone but Yahweh Himself.

He didn't say "praise My people for their fine wisdom and knowledge in Me" because most are and still are in errors. Most are completely apostate and following in apostate doctrines of men. The church is a mess, believers are a mess, and yet a lot of them carry the "holier than thou" attitudes that mark such hypocrisy in the churches today. Yes many of them love the Lord, but they are lost, they are wayside, they are drowning in apostate deceptions and that is why He said "Lead them BACK to Me." They are heading in the wrong direction(s).

Sure I get blasted in emails for using bad English or not expressing myself academically correct. Phooey. That's all I got to say. I am who I am. I never chose this job I stepped up to it and accepted it with honor to be able to do something for the King I serve. Imperfections and all. I didn't choose Him He chose me from the time I was born. I grew to love Him, and I'll fight for Him and I'll die for Him if I have too.

America as a nation belongs to Satan. As a nation it serves Satan. As a nation we are ripe for judgment, and it's coming. The believers in this country are the only source of light. What's the Bible say about light? If the light of the world is hid, it's hid from those who are lost. We got a two fold battle right here in America, to get the believers out of the clutches of Satan's prophets running many of the churches today and preach to the lost as well. We got the lost inside the churches and outside the churches. There's so many deceived and apostate following after wicked doctrines of Satan's prophets.

I ache for what I see and know is coming. Because so many believers are going to be deceived by it and lose their salvation.

Sound the alarms. Sure they're landing on deaf ears and unwelcomed ones at that..but leave the results to Yah and just do the job you're called to do at any given time.

So many of you are learning how to hear Him, His army is awakening and standing up, and ready for battle. Many already are at battle and have been for some time doing what the Commander in Chief tells them to do or leads them to do. His people are warriors and builders, building His kingdom one day at a time, one person at a time, one task at a time.

There's many that sit around waiting to see what Yah is going to do for them. Ask Him what you can do for Him.

Time gets shorter every day.

Our government sold us out back in the 30s, 40s, 50s, and every decade since. We're a nation run by fallen angels and Satan's seed while many of them proclaim to be Christians and hold a Bible when necessary to keep the church asleep.

They made a covenant with Satan and his followers and the followers are going to step up from behind the scenes and take over and torment and kill and destroy the people in this nation.

It makes me sick. But all I can do is sound the alarms.

Be prepared. Get right with the Lord. If you're on the fence get off of it. And help those around you do the same.


Either this woman is completely nuts and has the most vivid imagination I've ever encountered or she's a true prophet of the most high.

Judging by the deep information she's divulged on her websites and radio shows I can only think there's no other possible source than could have given her this knowledge than the almighty Himself.

God certainly seems to be speaking through a number of people right now to guide His people in these last days and it makes perfect sense that He would do so.

I have recently shifted my efforts into seeking out these prophets and watchmen a couple of whom I have posted on recently.

Sherry Shriner claims to not only be God's mouthpiece, but His literal daughter, an ancient being and an angel in Heaven known as Queen Shazuraze.
​
The being we know as Satan and Lucifer was another of God's literal offspring as was the being we know today as Jesus Christ.

Sherry also claims to have recently interviewed Satan and Lilith who were recently captured and held in the Heavens. She has released this interview in a book and has published the contents on her blogs where it can be read for free.

I am currently digging through Sherry's extensive writings. It is extensive to say the least. I will post a few of her articles, followed by more in future, but in the mean time you can check it out for yourselves.

If nothing else she provides a "unified theory" of Bible scripture, serpent seedline, the Talmud, the NWO, CERN, HAARP, spiritual warfare, underground bases, the nephilim/alien agenda and countless other topics related to these subjects.

Here are her websites, which I would highly recommend people who follow check out.
​...

I have also compiled a list of her complete works:

[click the button below to see the lists --webmaster]