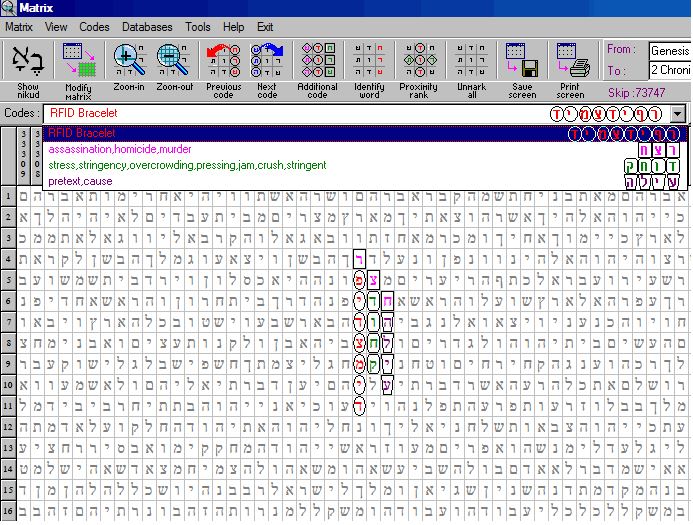 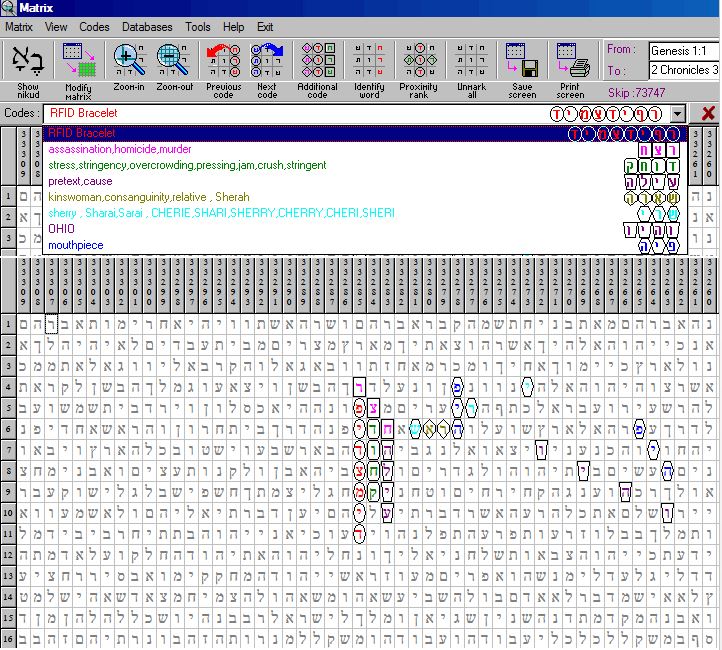 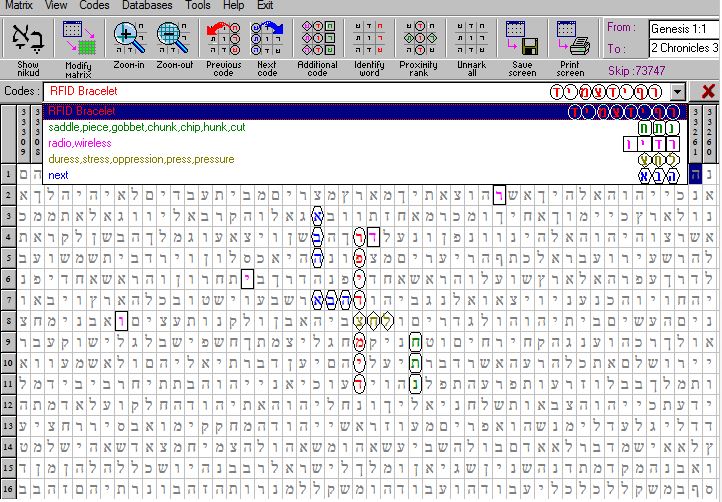 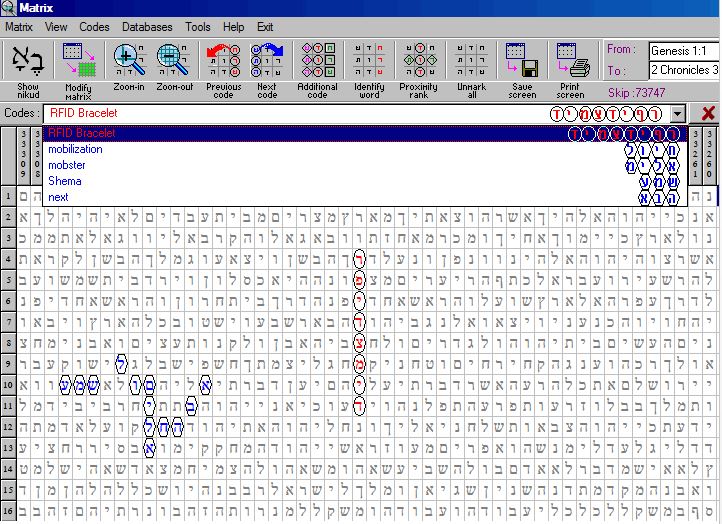 Another code found in Deuteronomy 31:29

On the left side of the code you'll see:

666 - Wicked/Unholy/ - Arabia - Maitreya - Secretly (he's secretly working with Obama on getting this enforced)
on the right side you'll see:

Maitreya - Alignment - Annihilation - Association - Obama (more terms exposing the relationship between Obama and the Arabian Maitreya and their cohooting together on the enforcement and creation of this bracelet i.e. ID tag)

in the Center you'll see that the RFID Bracelet is Unholy, Wicked, and an Avenue/Route they will use to murder the population! Is this the AVENUE they will use to deceive you with the 666 number/name/symbol via a chip? The Bible says it's IN OR ON the RIGHT HAND or forehead folks Revelation 13:16,17 ! That would include WRIST as being a part of the hand. Stay away from it!! You could be giving your soul to Satan!!! By DECEPTION he deceives the world!!!! 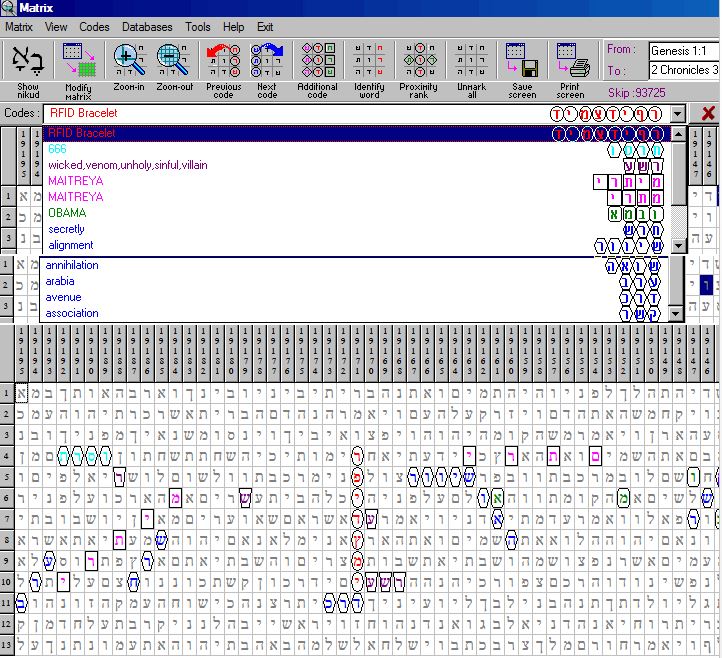