Sananda
Genesis 12:3
​
"And They Called His Name Immanuel, I AM Sananda.", 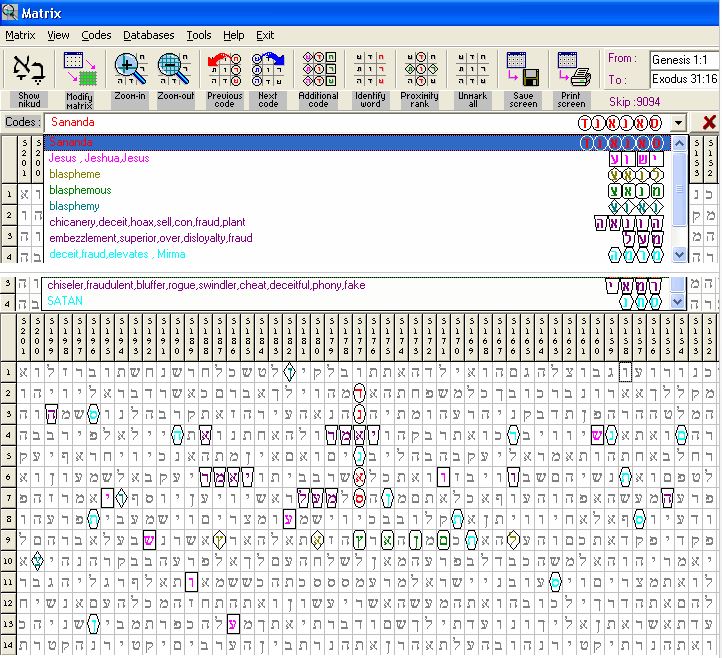 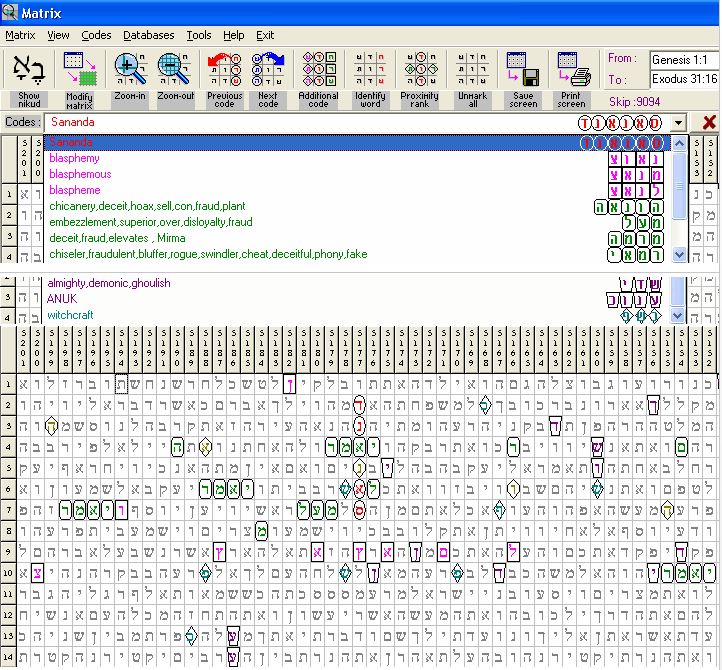 People will call him Jesus..but he is a phony and a fake.
​ 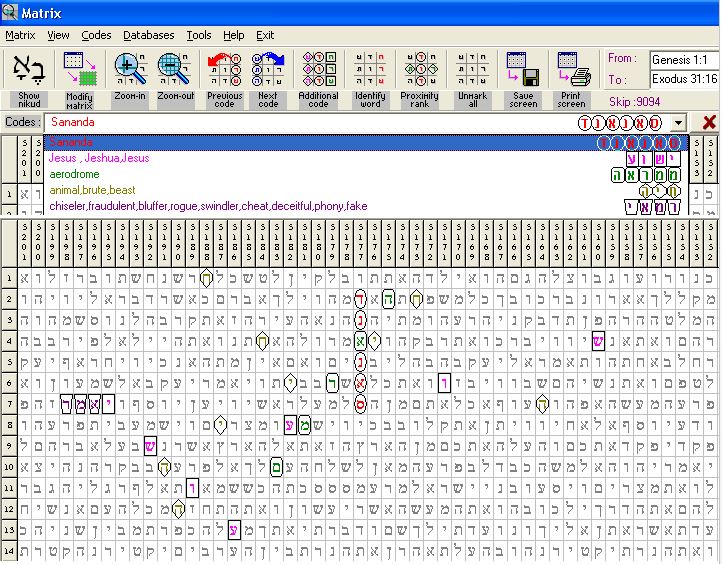 The world will believe he is the messiah, the Son of God, but he is really just a loyal follower of Lucifer's playing the game to the deceive the world as the Son of God.
​ 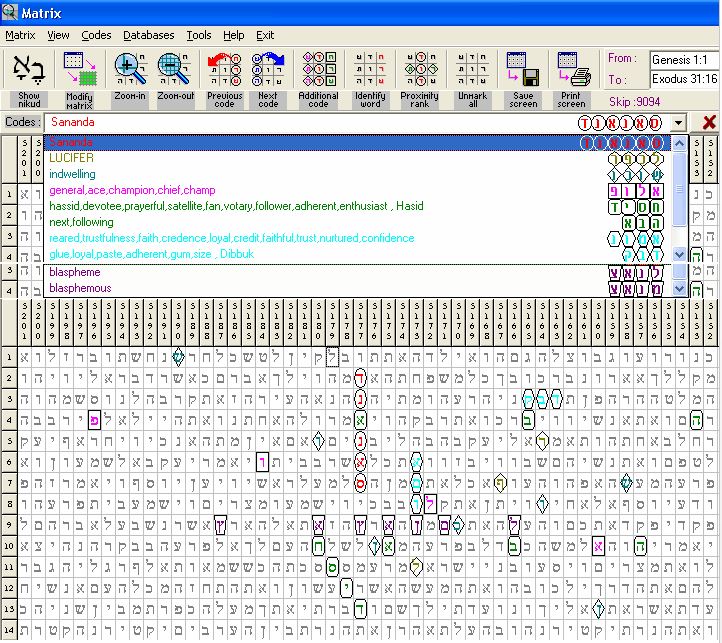 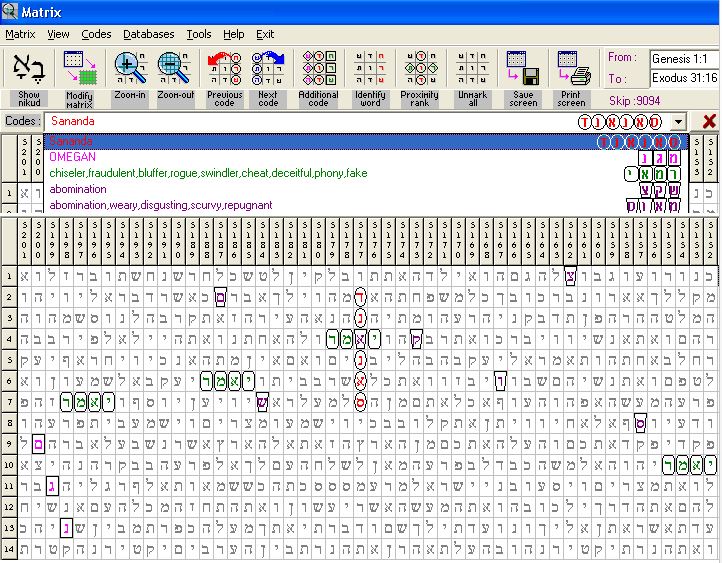 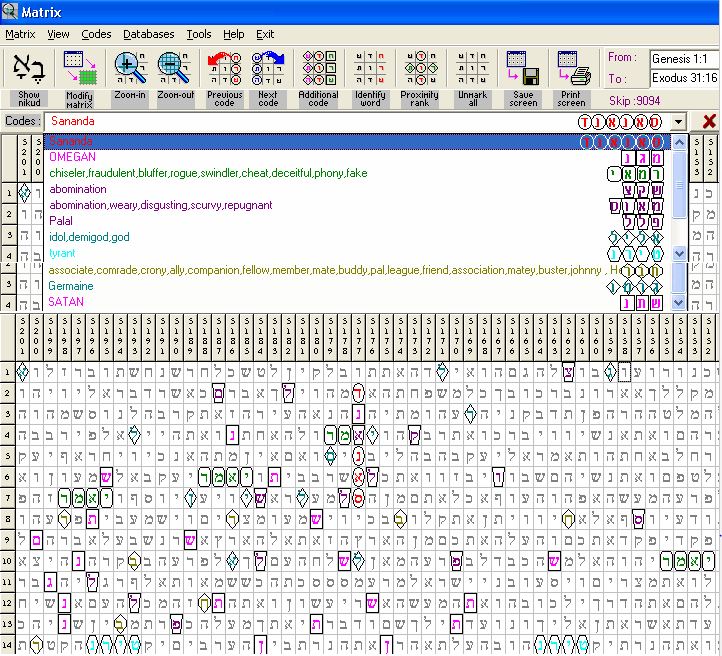 The magnitude of how he has worked over the years is just going to astound people. It did me. Think about it...the person who has portrayed the picture of Jesus that we have seen all of our lives..the person people have seen in Near Death Experiences...is Sananda.

Not Jesus, not the Son of the Most High God..it has been SANANDA.

He has been playing the role of Jesus behind the scenes all this time.

When he comes he will have an aura of authority about him, he will heal the sick, he will restore missing limns for people, he will raise the dead. He will be the great healer, he will mock and imitate everything the real Jesus, Yahushua did when He was here.

Sananda's going to do everything Jesus did and people are going to call him Jesus.

We have been so conditioned in pictures on what "Jesus" looks like, that when he arrives or shows himself to people they don't even bother to test the spirit as commanded in the Word.

Test the spirits whether they be of God.

And if that's not bad enough, this Sananda-Jesus has his own lead angel Michael. Those familiar with spiritual warfare know how demons and fallen angels will take on the names of Biblical figures to mimmick them. And that's what we have here folks, a complete mockery and imitation of the real Jesus, Yahushua Son of God, and the archangel Michael. The ones coming are FRAUDS.

These two, Sananda-Jesus and angel Michael (with his forces) have been masquerading behind the scenes as the real beings themselves when they are not. They have deceived many in the New Age and more esoteric theologies that are familiar with them in assistance, channelling etc..Even Christians who proclaim the false prophecies given to them by this Sananda and seeing Sananda's "angelic forces."

Wake up people..Wake up they are FRAUDS.

Remember, the false Jesus, the false Father-God and the false angelic forces all COME FIRST.

When you see these beings rebuke them. Test the Spirits. Especially when they just start showing up here on earth..remember that they are FRAUDS.

Don't be deceived by the deceptions of Satan. Many of you already have been, and are being deceived now by these very beings. Seek Yahweh for the truth. Ask Him to keep you from evil. Ask Him to open your eyes and remove the blinders so the truth in all things can be revealed to you.

here is some of the garbage he speaks from his own mouth:
some of his garbage..

Tonight, I, Sananda (Jesus, Jeshua), will address you. I am standing on the bridge of the Starship Capricorn with its captain, Helena, and Padre Pio. We will be working closely together in the times ahead preparing you for contact with those you consider the Celestials who are here surrounding your planet at this time ready to give aid to your forces so that NESARA can be announced and contact made between us and you a true reality.

You really do not realize what these wonderful beings are doing for your world and have been doing for many years now. They work with the entity you know as GAIA, Mother Earth. They are aiding her in her re-birthing pains, helping you to be reborn as well as her. Without their help, she would have evolved without you or should we say, much much fewer of you.

The catastrophes and earth changes which were predicted would have taken place and the number of humans on planet Earth would be less than 10% of what the current world population is now. Volcanoes, earthquakes, tornadoes, hurricanes, blizzards and such would have created much change on the planet were it not for these helpers and you, the growing number of humans who are awakening as to your true identities and abilities.

YOU with the help of the Ascended Masters, these beings you name Celestials, and other beings of great love and power have cleansed a great majority of the Mass Consciousness of this world and have altered the time lines and prevented that which was predicted, these catastrophic earth changes. Now, as the being known as GAIA evolves, you will evolve alongside of her, with her, into the higher dimensions of reality.

Tonight, though, I need to address the topic of COMPASSION. Each of you will need to fill your hearts and minds with compassion and love in the days ahead when your history is made known to you in its truth. When that event known as the NESARA Announcement takes place much will be revealed to you that many, many of you will be at first be filled with hatred and abomination. Some of you will not but many of you will.

ALL of you need to take these feelings as they arise and surround them with the Violet Flame of Transmutation and see them transformed into love and compassion for those whose roles these were to carry out these acts. Yes, these individuals had free will to do as they did but in their fear they chose and embraced the darker energies rather than the ones of love and light. It is your time now to FORGIVE them, have COMPASSION for them, LOVE them....remember they have the same I AM spark of GODHOOD in them just as I do and you do. They will be judged for their actions, yes. They will have to make amends for their choices. It is not up to you to judge and condemn them....they will do this themselves as is required by the Universal Laws which govern us ALL.

The time is now, Dear Ones, for each of you to truly find within yourselves the power of the Light that resides within you. Do not look elsewhere for that feeling of Love and Light. Do not look for ME to give it to you. Look within yourselves, find it within. Look for my essence that exists within each one of you. We are ONE.

Become the Christed Beings that you already are. All you have to do is own it, merge with it so completely that you live each moment in the Love and Light that you truly are. Take that first step by opening your heart center and looking within for the LOVE that resides there and embrace it and bring it out to your outer being and existence. Learn to live each moment of your life in total love, seeing every situation as a chance to see the love that exists within the situation if you will but stop and look for it.

This same LOVE exists within every being, no matter how heinous or repulsive they might seem to be or what actions they have done in the past. Learn to recognize and change those negative feelings within yourselves as they come up for you to examine. Learn to immediately change them into a feeling of love and compassion. You can do this with just a thought. All it takes is practice doing it. All you have to do is change your thinking. It is as easy as that. SEE THE LOVE IN ALL THINGS.
Then, Dear Ones, be that example to your neighbors, friends and loved ones and show them how a true being of love responds to the unfolding times ahead of us all. Show them how to look within themselves. Teach them about love and compassion. Teach them to see the love in all things. This is the true task for you all. Your tasks ahead are so much more than just greeting the Celestial Crafts as they land and make their presence known. Each of you has so much more to do.

I thank each and every one of you for "signing on" for this task. YOU ARE IMPORTANT. YOU ARE BEINGS OF LOVE, BEAUTY AND TRUTH.

I am Sananda, and I leave you now to contemplate that which you have felt within your heart as you have read these words. I am but a thought away from you all. Think of me and I will be there with you.

Thank you, Sananda, for coming through this evening.

Ken Peterson
​
http://www.luisprada.com/Protected/sananda_on_nesara_and_compassion.htm
"And They Called His Name Immanuel, I AM Sananda"
​
​Email I Received..
​
​Subj:
hi :)


Hey Sherry!!
I'm so glad you're putting so much energy in exposing this Sananda freak.  The lord seems to be giving me the same word through a dream that this Is in fact the faux Jesus so long prophesized about.  Thanks to you a dream came forth after I had a conversation to another prophet and I guess the lord wanted to warn them about this wicked entity as well.  He's really trying to spread the word through multiple ministries to warn as many of his people as he can before the deception ensues.

In the dream he gave me I saw a statue of stone that looked like the image of what we've always thought to be "Jesus".  And Yah told me that this statue was marked with the numbers '666'.  I looked and I looked but I couldn't find the mark anywhere.  Then I was shown on his abdomen what appeared to be a twisted branch formed in the number '36'. He also told me to give this statue(identity of faux Jesus) to another minister.  End of dream.

Interpretation of this dream was it was the image of Christ but the reason it was stone is because the people who follow this fake Jesus do not have access to the true Yahushuah's saving, healing and delivering blood..no redemption.  The reason I couldn't find the mark was because none of his followers understand the true wicked, satanic nature of this fool who seems so loving and harmless.  (Not sure if this mark is also literally on his body.  Reminds me of the conditioning in the movie 'The Omen' where there is literally the number ' 666' under the child's hairline in a concealed place).  And branches biblically represent followers, so I assume '36' is the number of either his tribes, his groups of followers, or his.  I juse felt like I should share this with you.

A lot of interesting things you have been exposing lately.  Wow, reality seems to get more surreal everytime you look at it with fresh eyes.  What we once considered to be spiritual seems more concretely literal than ever now.  Thanks for everything you 've do and reveal.  You've spiritually nurtured me more than you know.