And I beheld when he had opened the sixth seal, and lo, there was a great earthquake: and the sun became black as sackcloth of hair, and the moon became as blood: And the stars of heaven (as strewn over the sky, I'll tell you what this is in a bit as you scroll down) fell unto the earth, even as a fig, when she is shaken of a mighty wind.

​Does a Comet hit the earth? And Who? 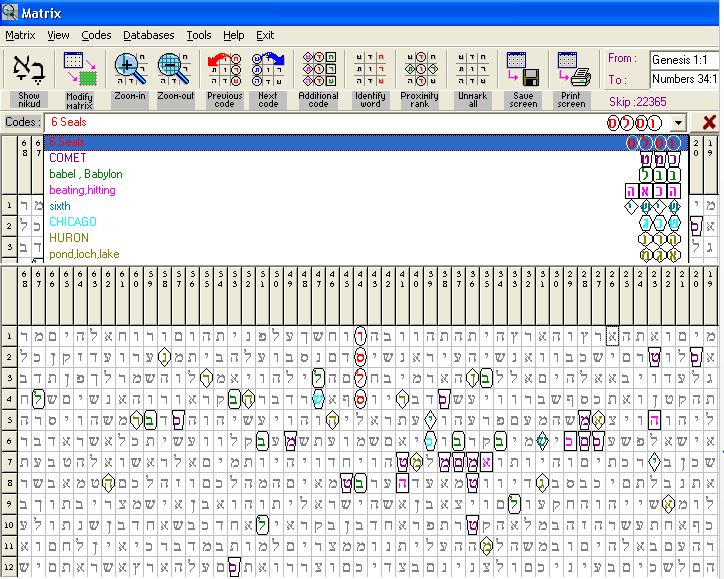 Will Bruce Willis save the day? Unfortunately not. Hang on as I update this and post some of the codes I found out about it. The USA sees the comet coming,  Wright AFB tries to launch a nuke to try and hit it, they miss it or don't get it enough because it lands in Lake Huron and rippling on over into Lake Michigan taking out Chicago and causing damage in Ohio possibly as well. Martial law is enforced.

Is the 6th Seal a Literal Earthquake? I couldn't find that in the codes, going through thousands of words it all came down to 3 what this great "earthquake" is that could affect the whole world.. 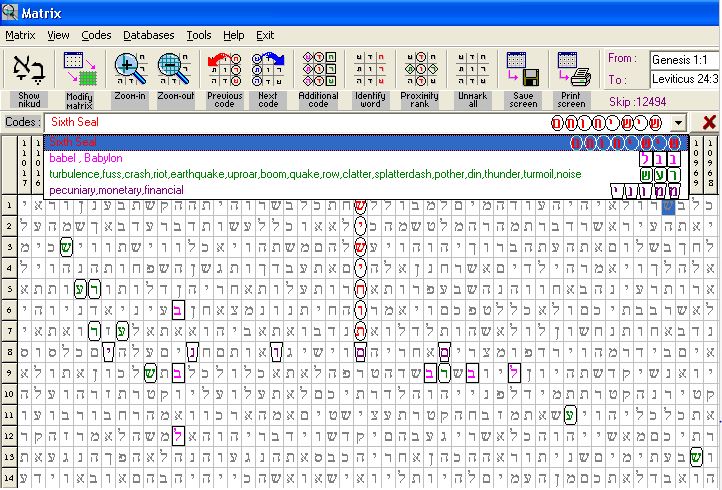 ​no doubt the effects from a Comet hitting... 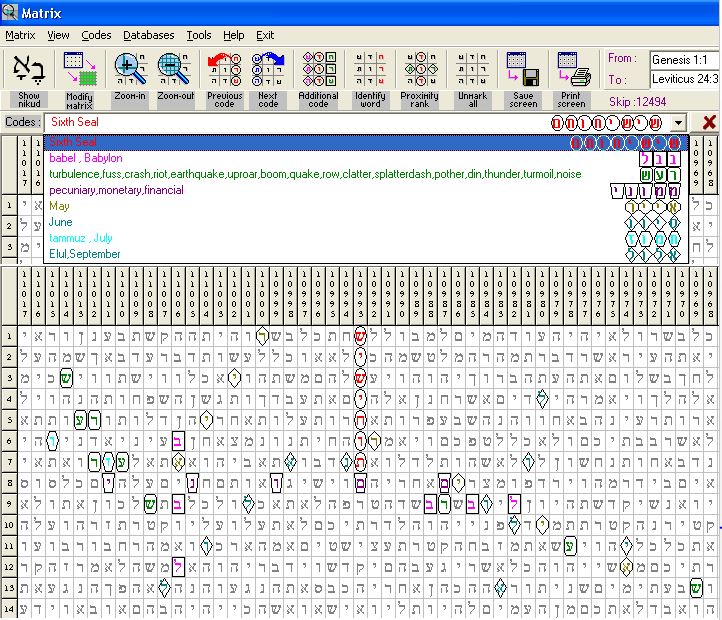 I don't know the Year, but it gives months it could happen in...so it would be prudent to keep your eyes open anyway for this year. The market IS going to crash, and when it does (no matter what year) you'll know the Mark of the Beast System is right around the corner...

So who or what are the stars fallen from Heaven? Are you ready for this one? 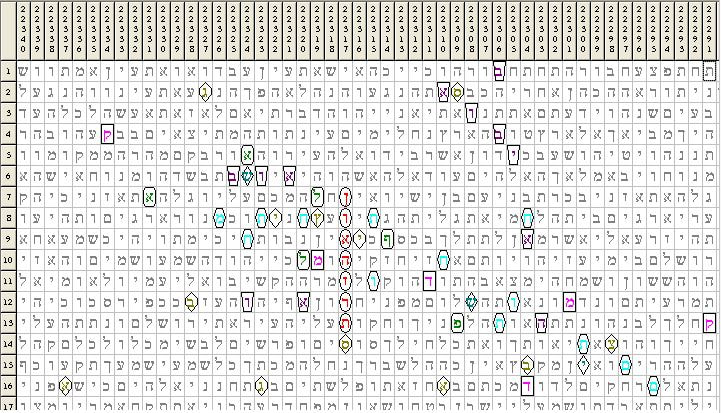 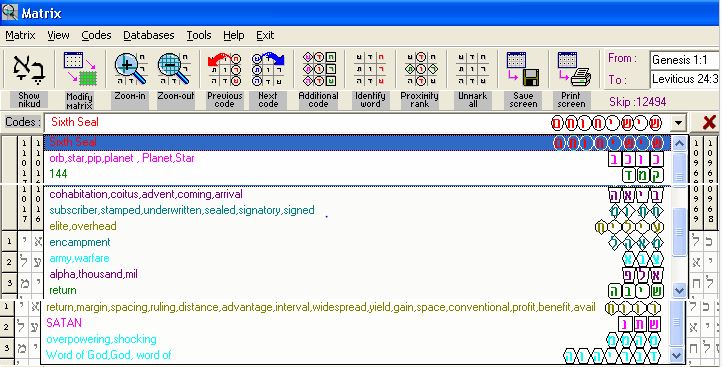 And the heaven departed as a scroll when it is rolled together; and every mountain and island were moved out of their places. And the kings of the earth, and the great men, and the rich men, and the chief captains, and the mighty men, and every bondman, and every free man, hid themselves in the dens and in the rocks of the mountains; And said to the mountains and rocks, Fall on us, and hide us from the face of him that sitteth on the throne, and from the wrath of the Lamb: For the great day of his wrath is come; and who shall be able to stand? (Rev. 6:14-17)

If there was a huge earthquake..they wouldn't be hiding in mountains and caves where they could be destroyed, earthquakes come and go in seconds, and an earthquake isn't what frightens them, it's the fact heaven is opened up like a scroll and they see Yahweh sitting on His throne (I don't know if that's literal) but this part  is: They see His stars "falling" on earth..descending...the 144,000 Sealed Elite of His Last Days Army.

"For the great day of His wrath is come" this event will trigger the second half of the Tribulation Period. The time of HIS wrath and Judgments on the Earth! The term "Day" is a period of time.

This group is the group of 144,000 mentioned in
Revelation Chapter 14

These are they which were not defiled with women; for they are virgins. These are they which follow the Lamb whithersoever He goeth. These were redeemed from among men, being the first fruits unto God and to the Lamb." This army is a mixture of men and women. They are virgins in the fact they were undefiled by the world's religious Jezebel system and spiritual adulteries. Feminine terms are often used in relation to spiritual terms. "They were not defiled with women" being religious whores and abominations.

​This group is taken up to heaven in a rapture then sent back down after the 6th Seal is opened and the USA economy crashes. This means they can be taken up any time before the 6th Seal. They are the 'first fruits' the first ones raptured and taken up.

In chapter 14 the Angel is proclaiming in heaven WHILE the 144K are there that Babylon is Fallen. This is when this group of 144K is returned to earth. And at this point we're just about at the beginning of the second half of the tribulation period. Right here then is when another group of 144,000 is sealed on the earth, they stay on the earth during the tribulation period and are also sealed right before the second half begins. These are the group spoken of in Revelation chapter 7. They are sealed by God after the 6th Seal is complete and will represent 12,000 each from 12 of the tribes of Israel (there are 14 tribes total, Dan and Ephraim are not mentioned in this sealing).

Therefore, there are two groups of 144,000. One is taken some time before the 6th Seal and returned for the second half of the tribulation period, the other group never leaves to begin with, but stays the entire time during the entire tribulation period until the Antichrist is allowed to overtake them and kill them. They are Sealed after the 6th Seal is completed, the same time the other group returns to the earth.

​This means, Revelation chapters 14 and 18 happen before the 7th Seal.
There are clearly two different groups mentioned in the Book of Revelation.
Each consisting of 144,000. 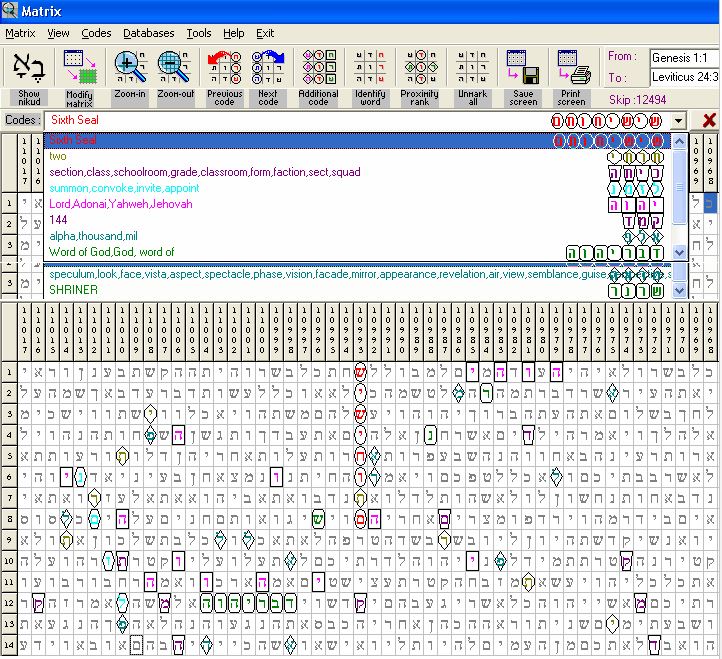 ​Two Different Groups of 144,000
In these last days the Lord is speaking through His Prophets to a world that is in the grip of deadly delusions, a world furthermore waiting to be held spellbound and captivated by the activities of the Antichrist appearing to work in the fullness of fake divine power and grace.

Satan's last attempt to conquer the world will be through delusions so masterful and compelling that those held in his hypnotic grip will be unable to break free from his mastery of mind control and deceit.

In the days of Yahshuah's ministry they rejected Him as the Messiah they professed they were waiting for. They didn't recognize Him because they couldn't accept the truth that the simple carpenter bestowed with Power from on High was the MESSIAH.

In the last days, those who call themselves Christians or His people will also reject truth as the early Jews did and in this instance will accept the Antichrist (Satan) as God. They will even go after and persecute and put to death those who reject Satan incarnate as God thinking they are doing the true God a service

Most  churches today preach the elect can't be deceived. Well the elect won't be here during that time, only the 144,000 who come back. The rest are left because they were following after a different Jesus and a different Gospel The ones preaching they can't or won't be deceived, already have been and they won't realize it until they see the return of the 144,000 as Stars falling from Heaven during the 6th Seal. These left behind foolish virgins, who missed the first rapture will be the ones the Antichrist goes after during His war on the Saints. These are the ones left to be refined and tested as really being believers in the One True God.

Fear God, Return to Him,  Rev. 14. 6,7  when the 7th Seal is opened  the Hour of Judgment is come, the last half of the tribulation period.

​   The message and work of Elijah in the past was one designed to turn the peoples hearts away from idol worship and idolatry back to their Creator, the Most High God, Creator of heaven and earth. He stood alone against hundreds of Baal prophets and through the mighty power of the Most High God proved to them who the true God was.

In the last days, the 144,000 chosen of God will proclaim the same message. As the world sinks into wickedness and deceptions at the hands of the Baal Prophets once again (many already leading our churches), the Lord will stand and perform through His Chosen with supernatural power of His Holy Spirit to turn the peoples deceived by them back to their Creator.

They will have no fear. They cannot be intimidated. And until their ministry is complete, they cannot die. With love and inspiration from the Holy Spirit the first group of 144,000 will turn the world upside down with their supernatural power and message from above as they travel from one end of the earth to the other. Their brothers and sisters, the 144,000 sealed from the 12 tribes of Israel will also be here evangelizing the earth.

In the last days there will be multitudes and multitudes secure in a false hope, false teachings, and false delusions. Believing themselves to be eternally secure while they live in a state of spiritual bankruptcy. Their religion and church has become their faith, their idols and their deceptions. God is a mere means of unbridled blasphemy as they crucify Him over and over in their traditions of men or replace Him as a God of humbleness to one of prosperity and riches.

Today's battlecry is "give me give me" and blab it and grab it all the way from the pit of hell. The Lord knows our needs and says not to give a thought about tomorrow, yet the Baal Beast Prophets will tell you to boldly tell God what to do. How dare anyone tell God what to do!

With signs and wonders from gold dust to uncontrollable laughter (laughing at God no doubt), to all the evil imaginations of men and demons introduced into the church. Yet Sunday after Sunday, the day of the Sun god, millions fill their churches and clap and nod their heads in agreement to what these beasts are doing and preaching.

It is these, if not for the intervention of God's battalion who will be deceived into worshipping Satan as God. After all, they already are deceived, worshiping another God Sunday after Sunday. But the Most High will put a stop to it and give them final warning through His sealed army walking the earth to turn away from the false doctrines of men and turn back to the Lord God their creator.

​   Who is really the last days remnant? They keep the commandments of God and have the testimony of Jesus Christ Rev. 12:17. This last days remnant has turned away from the delusions and hypocrises and follow Yahshuah. These are Yahweh's last day reformers who contend earnestly for the faith and who will be restorers of the truth as it is in Him.
​Something I didn't expect to see or be led to find, but I'm thrilled and anxious for the job.. 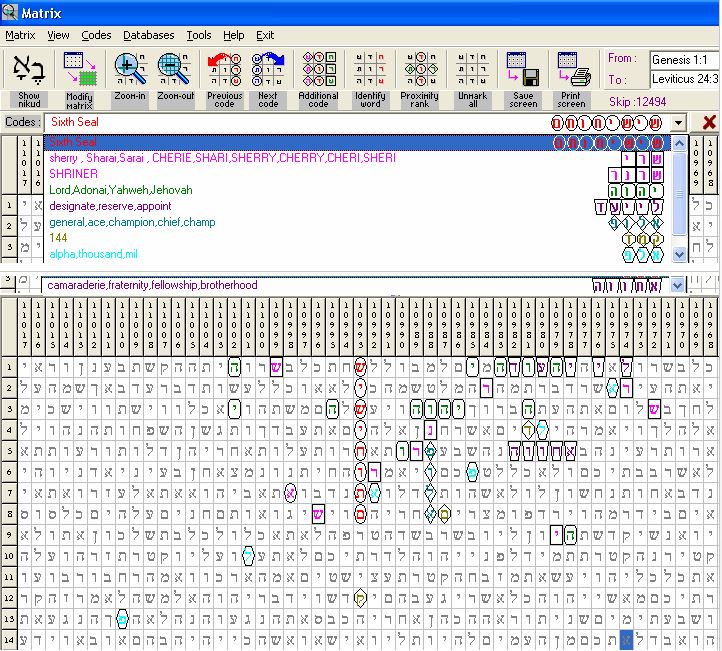