Sylphs - Genesis 2:13
​
by Sherry Shriner
​sorry they hacked my pics, I'll have to find new ones...
Look carefully and you'll see their faces and forms in the clouds.

If you look up in the sky, you'll see clouds with demonic or even animal looking faces..these are sylphs.

"Sylphs are immortal non-physical beings which have and are souls. These beings are the artists who form the clouds, in their wispy and thin forms, e.g., horsetails, feathers, etc. The typical cirrus, and cirronimbus formations are expressions of the Sylphs. Sylphs do inhabit the same volume of space as the air, but their actual Being resides in the physical vacuum, as a coherent holographic form of energy. Sylphs are not typically visible to the untrained eye." Quoted from http://www.rialian.com/rnboyd/clouds2.htm

I always see these Sylphs. And if you look up into the sky on a day the clouds are moving, I'm sure you will be able to pick them out as well. What are they really and are they really working as protectors of mankind as some claim? 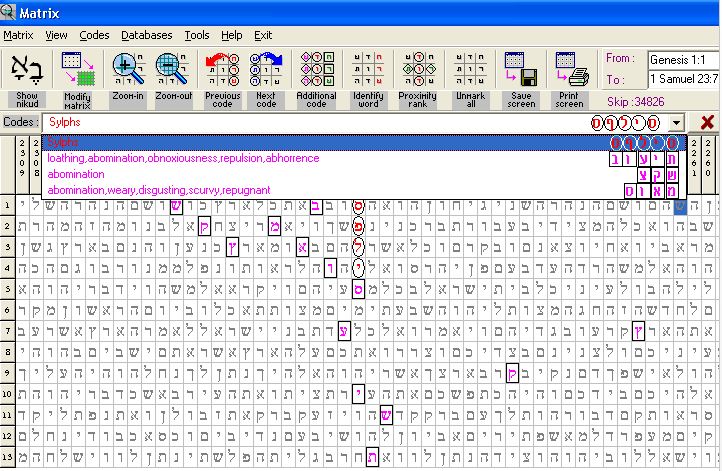 They are fallen angels.
​ 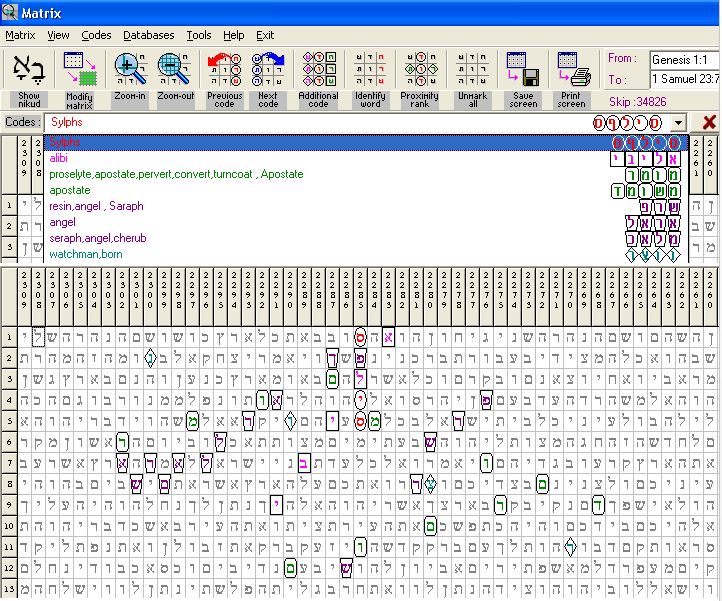 As part of their judgment for their mutiny and rebellion against the Lord God, Yahweh ordered them to protect our skies and serve as advocates and defense.
​ 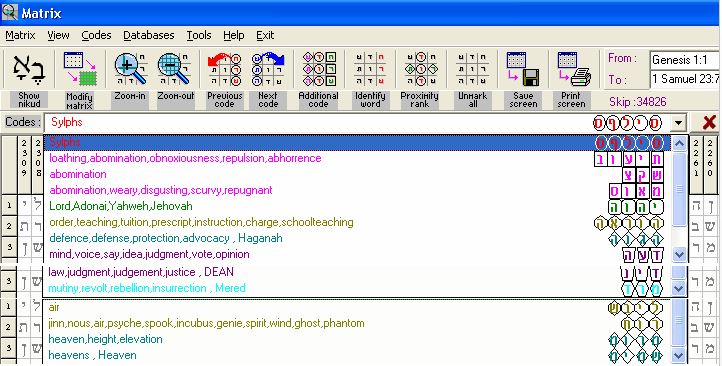 These last days, especially, the Sylphs are working to combat chemtrails as our advocates in the sky. Who are they fighting against? Our Navy and the NWO.
​ 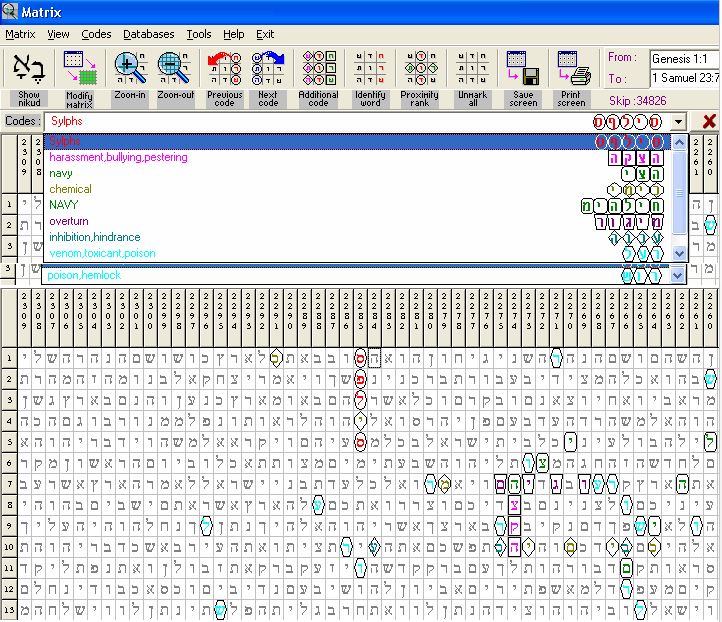 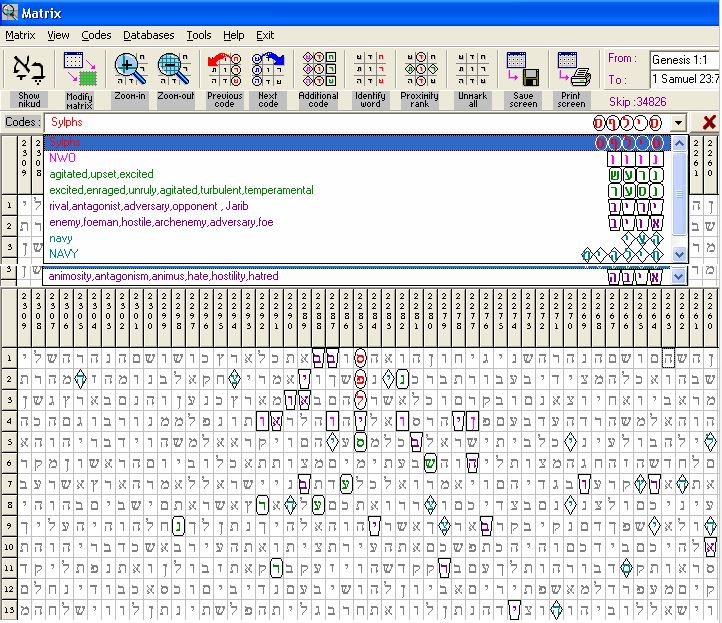 Sylphs and Chemtrails
This doesn't sound so far off if you've read the Book of Enoch. However these Sylphs are fallen angels that inhabit the firmament. There are angels who lead and direct, and keep order of the things on earth, but they are not Sylphs, they are of Yahweh directly. Perhaps all of them are being grouped together as Sylphs, instead of being separated.

'Trevor James Constable, wrote about the US Air Force sending out Foo-Fighters during the Second World War to photograph and possibly shoot down the wing enveloping lights which were spooking their bomber crews. The German airmen were seeing similar phenomena and they named them gremlins. These gremlins were also known to cause mechanical problems in aircraft. Constable does not cite the bombing runs during which the Foo-gremlins caused problems but knowing Sylphs it was probably during the fire-bombings of Dresden and other cities where innocent civilians were killed. The Sylphs are advanced consciousnesses and they would have deemed such murder as entirely evil.(...)

Infrared photography showed the presence of Sylphs but it took time to develop the film. Royal Rife and Ruth B. Drown instruments could instantly detect Sylphs. Microwave and radio frequencies were discovered which repelled Sylphs. From a Sylph's prespective these "sounds" are like fingernails scraping across a chalkboard, irritating. Radar was developed which detected and repelled Sylphs. The frequencies used in dopplar-weather radar irritate Sylphs. Constable placing one of his infrared photos of a Sylph on the metal plate of a Ruth B. Drown diagnostic machine was able to determine that calcium was a major component of the third dimensional portion of the airy body. He later determined that the calcium was in an air gel web or mesh. As the air gel is less than one percent of the Sylph, the Sylphs were able to adapt and continue their bothersome behaviour against the nuclear armed nations of the world.

The USAF is made up of military types who think in friend or foe, them or us scenerios. The Sylphs are working against the Air Force and therefore are enemies, so the USAF is going to find their weaknesses and neutralize them. In truth Sylphs are coordinating a large part of the world's ecology and to neutalize (kill) Sylphs would destroy life on Earth. It is the military thought process which is the real enemy. The Sylphs have diverted weather fronts to help aircraft and people on the ground. They have done everything possible to prevent nuclear war.Some pilots who carry good conscious awareness were psychically warned away from deadly situations. Destructive wind and rain happens but if the large weather fronts from the tropics were shutdown the temperate climates worldwide would turn into deserts. Now the USAF and others want to take over the job of running the world's weather. They do not have a friggin idea about what drives weather. The Air Force may be trying to kill all Sylphs in order to take the responsibility to make weather for their own purposes. It would be just another plan to depopulate the world wholesale.

The GWEN , ELF and HAARP arrays were first developed as ways to destroy Sylphs, the enemy of the USAF. After fifty years Sylphs still own the skies. There is a military adage that whoever owns the skies has the superior tactical advantage and will eventually win the war on the ground (should it be decided that the ground war must cease). As Wilhelm Reich discovered deadly orgone accumulates over cities and wherever man applies unbalanced magnetic and electromagnetic fields. The basic problem creating deadly orgone is the conflict between men and women. Sylphs are constantly using wind, rain, lightning, thunder and fire to breakup concentrations of static or deadly orgone.

(...)
People using Reich instruments (note: orgonite devices) under Wingmaker (Sylph) guidance are assisting in the breaking up of static magnetics. The Wingmakers are asking for assistance on the ground because the chemtrails and electromagnetics from HAARP and GWEN are making it difficult for them to function over the USA and other western nations. The NWO wants a curtain of deadly orgone overtop cities so that they can control people. The western USA is drying out due to static magnetics over the whole region. Aluminium particles are used to get inside Sylphs and zap their air gels. Mycoplasma bacteria is only unhealthy to Sylphs when they work inside deadly orgone. The flooding of the San Antonio region may have destroyed a band of GWENs making it possible to move monsoon like summer rain to New Mexico and Arizona. The 1993 flood of the Mississippi was a test to place a deadly orgone cap over "Dead" Moines and St. Louis. Such a cap would have created a ten year drought over the Great Plains and turned off the world's breadbasket with all the dire consequences that would have brought about. The Sylphs washed away the cap and destroyed much equipment and credibility of the USAF scientists.