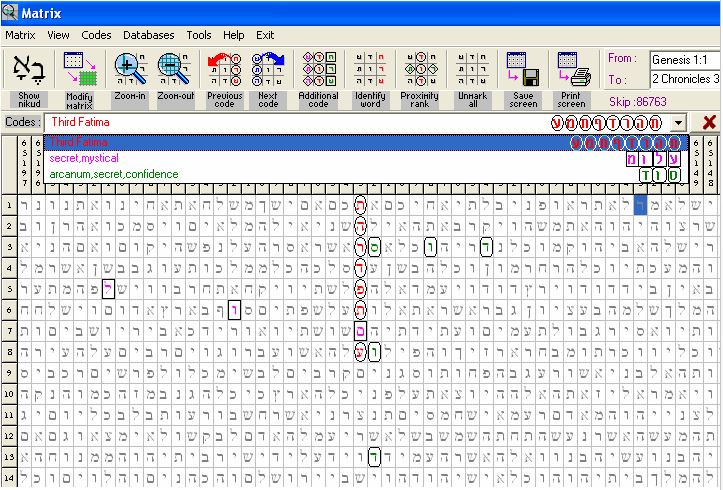 ​The maiden, courier of the secret, was assassinated... 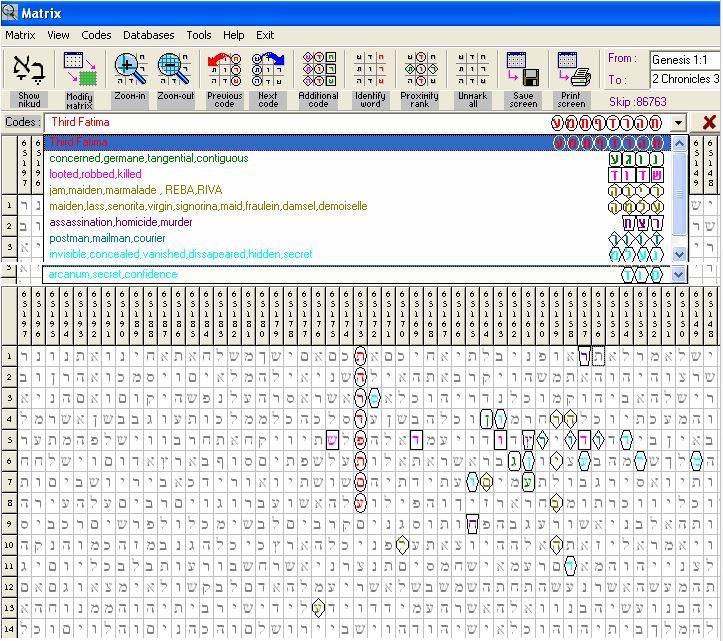 Was Rome behind her death? 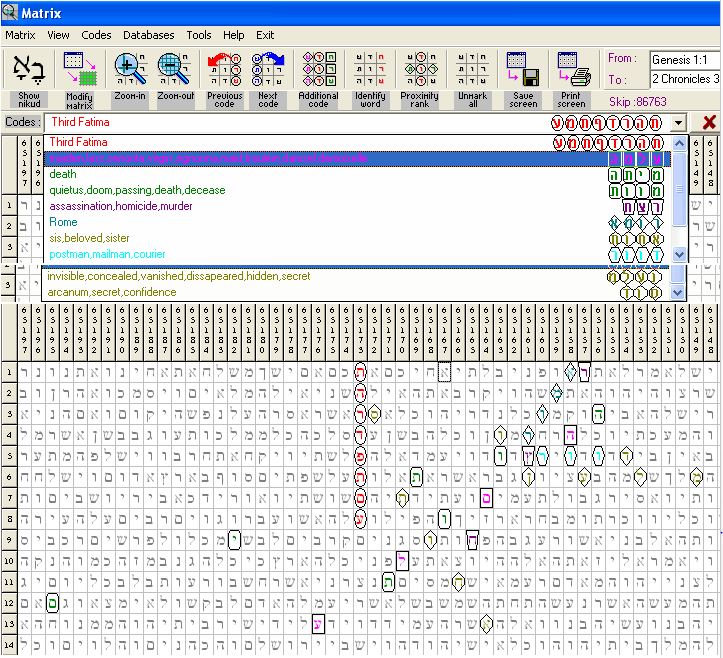 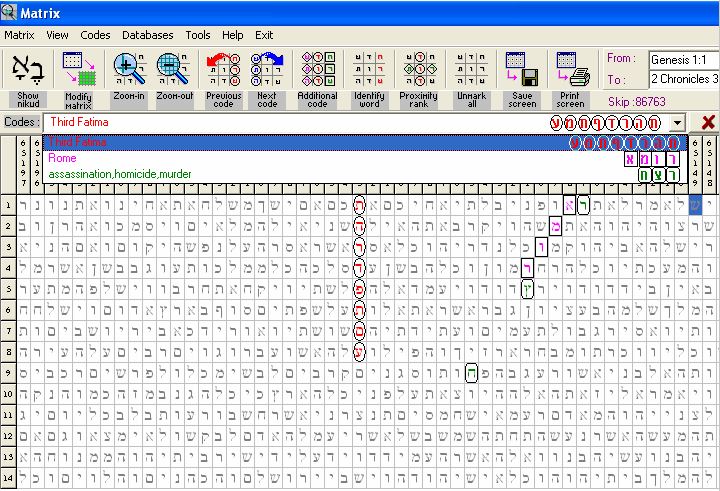 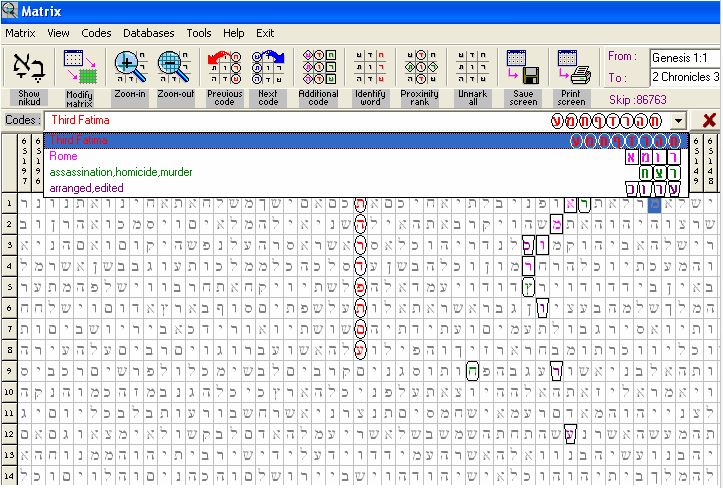 In this secret it was revealed that on October 13, 2004 the Day of the Lord would begin. The finale, ending of life on this earth as we know it and the beginning of the tribulation period with the arrival of Horus, another name for the Antichrist. His arrival was delayed. He will come claiming he is God. Remember, the false one comes first to deceive the world into thinking he is God. When Yahushua returns, He comes with a sword, not an economic program of peace and prosperity. 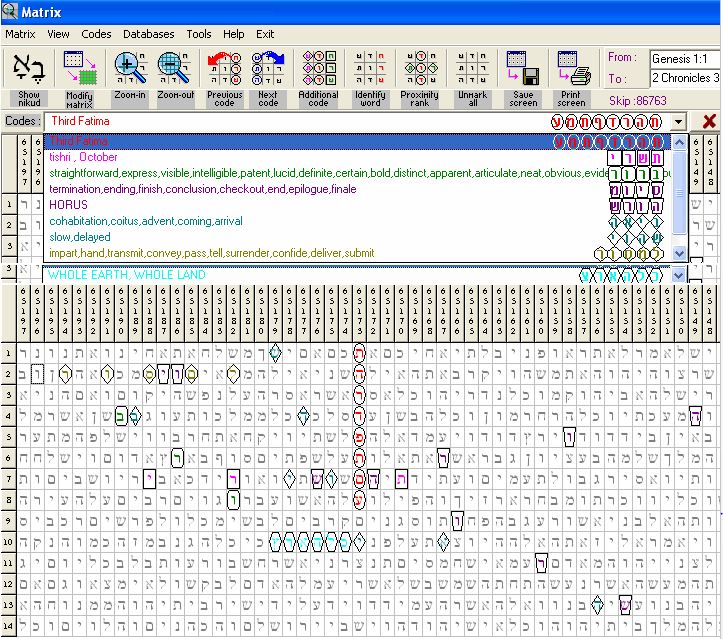 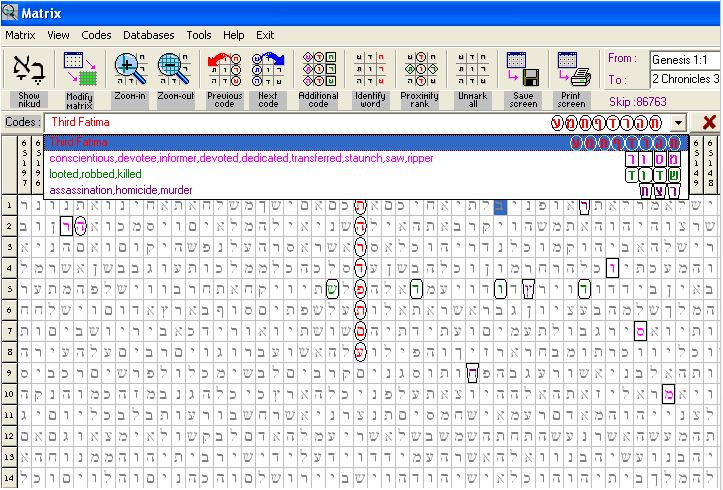 ​What killed her? Poison. 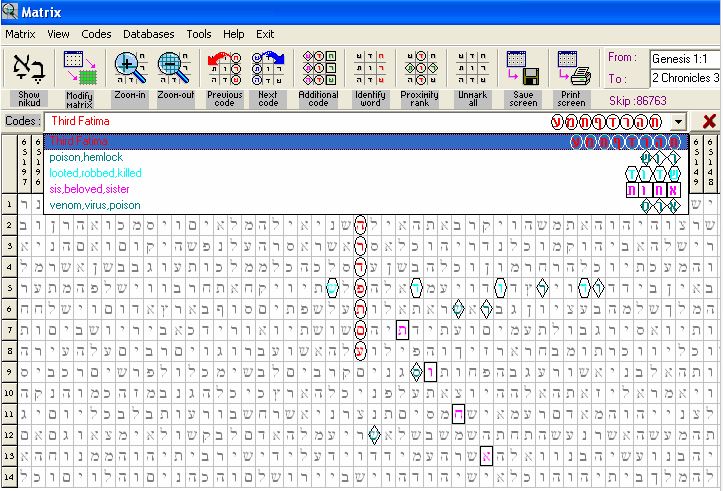 Ok so the loser gets mad I do this code.. 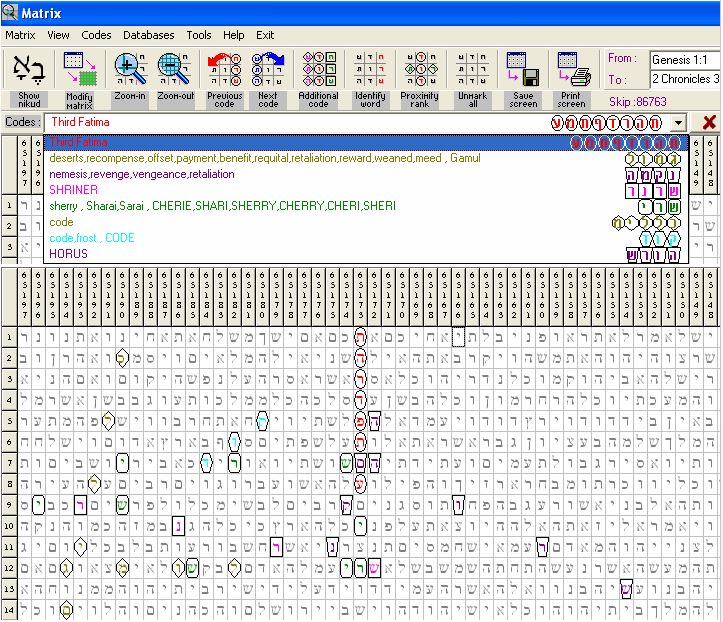 yeah..another day in the life of ...I have no worries folks..

Anyway, I found this whole code interesting since the death of Sister Lucia lately. I've never been a promoter of Catholicism or these Fatima "secrets" since they entailed UFO's and holographics and everything else, just Lucifer trying to tip his hat at offering prophetic and future events..but thought I would run the code anyway. Interesting they would kill her. I had no idea she had been locked up in a convent to keep her from exposing this "3rd secret."  But it was good publicity. They made a fortune off the fabling of these secrets.

Besides, it was just Satan himself..he created the 'secrets' to begin with and deceived those children into thinking he was Mary...
​
Horus is just another name for Satan or Antichrist 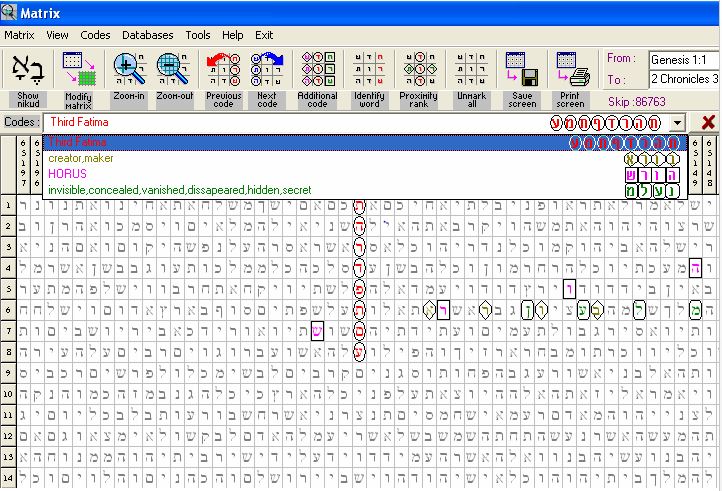 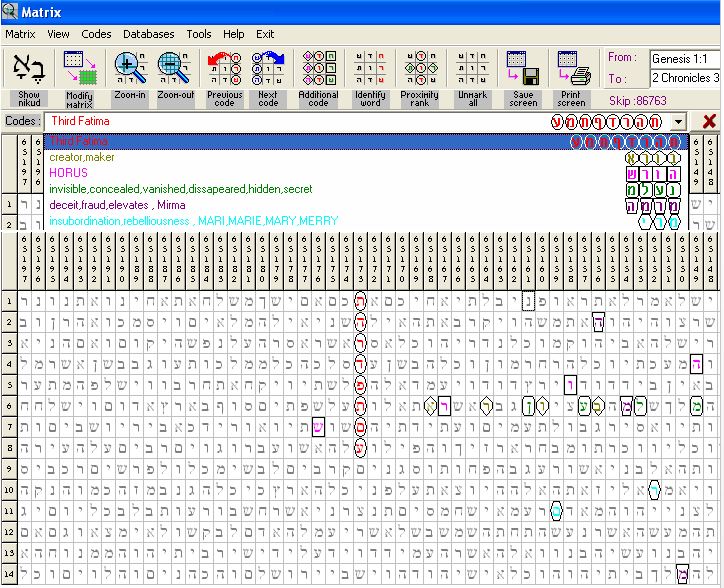 It has been said that this third prophecy of Fatima is incomplete because the young girl who became Sister Lucia was told that Satan is ruling the world through The Vatican, for which they beat her, trying to force her to recant and say that she had lied. When she refused to do so, they cloistered her in a convent for the rest of her life, so that she could tell no-one the third prophecy.

Hence over 87 years of internment in cloisters, although still ominous, it has become watered-down and the part about Satan ruling the world through The Vatican removed: (We know he's ruling from the Vatican..via Black Pope Count Hans Van Kolvenbach his right hand man).

This secret also stated that

David Booth’s message regarding the 3rd secret of Fatima:

Next week on October 13th,2004, will be the 87th year since the Holy Mother last warned this world about these times and the events that must occur shortly.

The Church has not heeded this warning nor have the people of this world obeyed their God. The Holy Mother had stated that If her requests were granted there would be peace....they have not been and now there will be war, plagues and pestilence as the punishment for mankind that She has foretold.

From this moment forward the Lord will punish this earth and its people so they will know that he is their God and that we are his children.

Turn away now from all men and the buildings of men and I will teach you and lead you, commands God to the world of men today.

The Lord commands his people to turn away now from all graven images and to not put faith in objects of stone, silver or gold, because in God alone lies one's true treasure.

Listen to no man or group of men who say they speak for God for they are all liars and thieves and have forsaken the Church for their own gain. And likewise to give your gold and silver to any man who claims they speak for God is to partake of the wrath God has reserved for these false prophets.

This wicked generation of men have become lovers of death, adultery and gold and have created their own gods and even believe they are gods themselves.

This wicked generation of men have been led into the pens for slaughter by men who seek glory for themselves, and they will have their reward, the fires of Hell.

Our Lord has asked, can we not see the signs of the times? And has it not been written: "And God said, Let there be lights in the firmament of the heaven to divide the day from the night; and let them be for signs, and for seasons, and for days, and years:"

This is for understanding. I will no longer be mocked by this generation and will visit upon them my full and utter wrath until every man bows down before me and knows that I am their God and they are my people.

God alone is now the Shepard for his flock and will lead them, for in the valley of decision the Great and Terrible Day of the Lord is at hand!

As I said, these secrets were created by Satan himself. Why? To elevate Mary. The worship of Mary is idolatry. Her "appearances" around the world have been holographics made to deceive people. It has been very effective, look how many millions of people accepted these secrets as authentic and from Mary. I feel sorry for the children they deceived. They ended up being pawns in one of Satan's games. The last one assassinated to keep her from perhaps telling the truth.
​
I don't think the whole truth is here in her message as revealed by David Booth, I saw more revealed in the code. I will be doing more work on the code but I feel she was revealing part of their plans to make them public for whatever reason, and then they silenced her. She was a pawn and a victim of their agenda.