Matrix found in Exodus 35:15
​
I was looking at a code for 2013 and stumbled on this matrix...I've seen it many times before but this clearly just lays it out.
Apparently people will be shocked...but after 6 years of what I've gone through? I'm not. With all the titles,  anointings and responsibilities I already have, being Reich's successor with Orgone and being able to Tear down the Strongholds of the NWO and Satan with it is just another honor...and big job...but we're getting it done and I need your help! 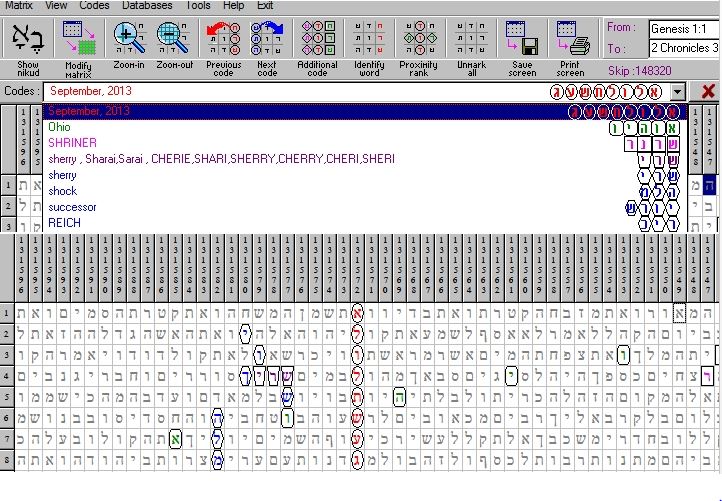 When the Most High stood me up 6 years ago to begin the Orgone War against the wicked and evil on, in, and above earth, I didn't even know or understand what it was.

Orgone is an Energy, a Positive Life Building energy that destroys and fights against evil.

At the time I had never even heard of Wilhelm Reich and the work with Orgone Energy he had done. Reich was a martyr for the Most High. To suppress his knowledge the government killed him. But it wouldn't stay hidden or suppressed forever. Yah stood me up to finish what Reich had started.

For many years most have mocked and ridiculed me, who I am, what I do, what I say. But when it really counts the most, they'll all see how wrong they were and how right I was...and that's at a time held in Yahuah's hands.
Orgone is an ancient energy. It can be used for good (Positive Energy Orgone) or for bad (Negative Energy Orgone). Unfortunately the majority of Orgone being made and sold on the internet is the bad energy kind. Most New Agers who mean well in their own minds to help the earth, are doing so with Evil Energy Orgone and hurting it instead.

It's a Last Days weapon Yah has given us to defend ourselves against the New World Order and Satan's attacks against us. And it also enables us to go on the OFFENSIVE against them and destroy Satan's strongholds.

There isn't much time left.

Learn How To Protect Yourselves